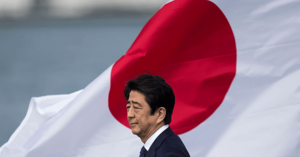 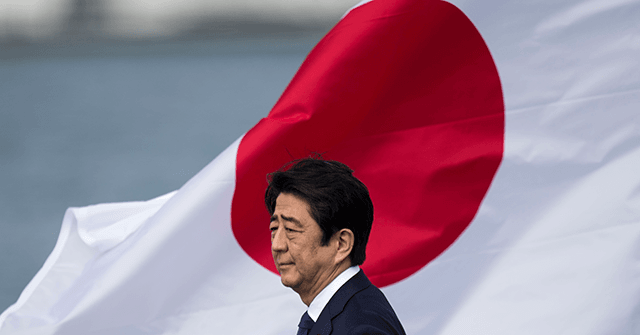 Eyewitnesses described Friday’s assassination of Japan’s former Prime Minister Abe Shinzo as a scene of utter chaos, saying onlookers of the attack fainted in shock as pieces of plastic debris flew off of the still-unidentified weapon used to kill him.

Abe, Japan’s longest-serving prime minister, died on Friday in the city of Nara after a man now identified as 41-year-old Yamagami Tetsuya shot him with what Japanese media indicate at press time appeared to be a homemade firearm. Doctors reported that Abe suffered cardiac arrest as a result of wounds in his neck. He was 67 years old.

Abe, of the long-ruling conservative Liberal Democratic Party (LDP), left a legacy of advocating for Japan to take on a larger international role, including expanding its minimal defense capabilities and investing in a closer relationship with America.

Shortly before his death, Abe spent much of his public time following his resignation in 2020 warning that world must act to contain the threat of Chinese communism and urging America to expand its support for the nation of Taiwan, which China routinely threatens to invade. Chinese media outlets threatened “routine” military exercises around Japan as recently as Wednesday in response to the LDP’s concerns about Beijing’s belligerence.

Police have yet to reveal a motive for the shooting at press time, though Japanese newspapers report that Yamagami told police he intended to kill Abe because he was “dissatisfied” with his political performance. Some reports indicate that Yamagami also gave police other unrelated information, such as a claim that he wanted to kill an unnamed “religious” leader, instead of or in addition to Abe.

An unnamed high school student who claimed to watch the events transpire from a nearby building told Japan’s Asahi Shimbun newspaper on Friday that the assassin used a weapon that looked like a “bazooka” and that Abe appeared to continue speaking after first being shot.

“The shooter, who was wearing a gray-colored top, took a couple steps back and fired again. Abe then appeared to lose power and fell down, she said,” according to Asahi.

The student added that some on the scene appeared to faint as others rushed towards Abe to attempt emergency first aid.

“I thought someone threw a bomb,” another unnamed witness told Asahi, describing the loudness of the weapon. The witness observed that local legislative candidates for whom Abe was campaigning were “red-faced” and sobbing.

Speaking to Japan’s NHK broadcaster, another anonymous witness reported that the weapon used to kill Abe fell apart as it was being fired, which added to the panic as debris rained down on bystanders.

“Things like pieces of plastic came flying at me over a crowd of people. They were chunks of plastic, something in the shapes of cylinders. They were about 5 centimeters long,” the witness is quoted as saying. He described the weapon’s sound as “like a bomb.”

The Japanese newspaper Mainichi Shimbun cited another eyewitness – a bar owner who gave his name, Yutaka Nitta – who described similar scenes of confusion and shock.

“According to Nitta, two gunshots were heard from behind Abe about five minutes after he began the campaign speech. The politician collapsed on the ground from a platform immediately after he looked back,” according to the Mainichi. “Some 20 people including guard officers were around him at the time.”

Someone grabbed Abe’s microphone and told the crowd, “please calm down,” to little avail, Nitta added.

“It is a barbaric act during election campaigning, which is the foundation of democracy, and it is absolutely unforgivable. I condemn this act in the strongest terms,” Kishida asserted.

“I was praying that his life would be saved, but despite that, I came to learn of (his death),” Kishida later told reporters. “It is truly regrettable. I am lost for words. I offer my sincere condolences and prayers that his soul may rest in peace.”