Why Don't Currencies Trade Like They Used To? • JoshWho News 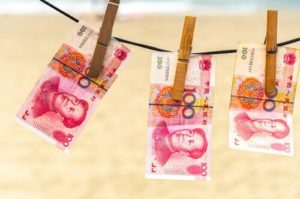 By Russell Clark of the Capital Flows and Asset Markets substack 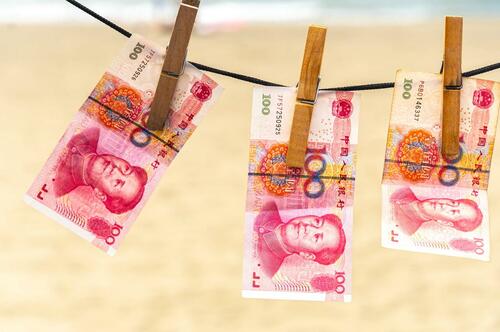 To simplify currencies, I think in the long run. Over the long run, if you have two similar countries, but one that is more productive than the other, then you would expect its exchange rate to appreciate. This means we can find currency pairs, where one currency consistency outperforms the other. One my favourites is Canadian Dollar versus Mexican Peso. Both Canada and Mexico are commodity exporters, and both do most of their trade with the US. Canada tends to have better productivity growth than Mexico, so we see that the Canadian dollar appreciates versus the Mexican peso. 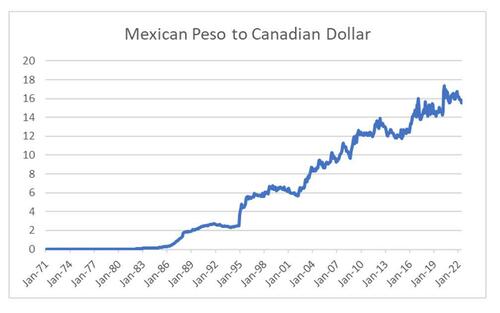 A European version of this trade was to be long Norwegian Krone and Short Russian Ruble. Both energy exporters to Europe, one a stable well run, another prone to wars and epic corruption, the Ruble tended to lose value against the Norwegian Krone. However this year has seen the Ruble strengthen against the Krone, despite the use of financial sanctions against Russia. This is greatly at odds with experience of the last 40 years, and leads to many profoundly bearish view on the Ruble. 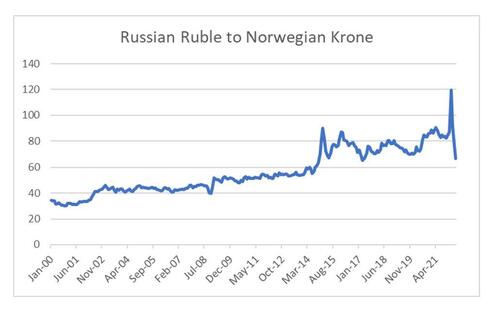 The Yuan and the Yen also seem to be trading oddly. In 1980s, Japan was the technological powerhouse of the world, while China was still coming to terms with the changes wrought by Deng Xiao Ping. Long Yen, short Yuan was a wonder trade. However, over the last few years, China has had to deal with a range of tariffs and trade restrictions. It has also has what many consider a huge property bubble, while Japan has affordable house prices, and no trade problems with the US. Despite that, the Yuan has traded strongly versus the Yen, at close to 30 year highs, although well off levels seen in 1980s. On a inflation adjusted basis, Yuan is near all time highs, while Yen is near all time lows. 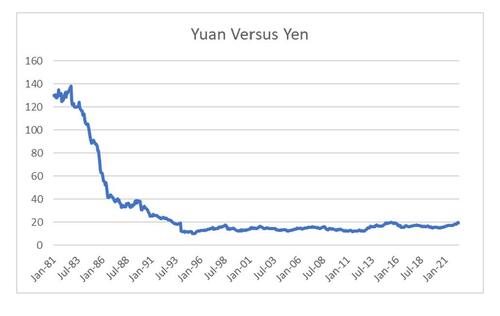 Bearish Yuan and bearish Ruble views are very common in the investment world at the moment. And given the historical experience of the last 40 years, these are sensible views. But the above charts seem to highlight the move from socialism to capitalism is initially bad for the currency, is it logical to assume the move from capitalism to socialism is good for the currency? The biggest negativity for the corporates is that governments would likely seek to maintain real wages at the highest possible level, leading to declining profits.

Currency devaluation was also seen as something to be avoided after the various devaluations of the 1930s seem to entrench deflation during the Great Depression. One thing I particularly like about this analysis, is that it moves the start date of the US shift to free market capitalism from 1980 when Reagan was elected to 1971 when Nixon left the gold standard. Labor finally lost under Reagan when wages were not raised in line with rising commodity prices. 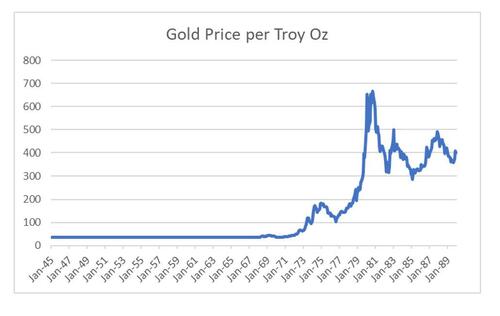 So what am I trying to say? Well the golden age of globalization ran from lets say 1990 through to 2010. This was a period where virtually all governments agreed on the power of markets to price exchange rates and interest rate, and virtually untrammelled corporate power. Devaluation could lead to growth as it would lower costs, and attract capital inflows. The use of negative interest rates in Europe and Japan was an extreme central bank response to try and stimulate growth. However, in 2021 China has made it explicit that the needs of large corporates were suborned to the needs of the state. In particularly Alibaba was crippled so that is lost 70% of its market value. 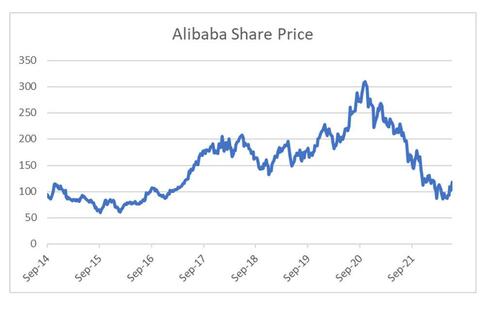 In essence, currencies were predictable when governments were predictably placing the needs of the capital above the needs of labor. China, and maybe Russia, seem to be placing the needs to labor above the needs of capital. Logically, this does not mean these currencies will devalue when profits or asset values fall. The biggest upshot of this is that deflationary tendencies of currency devaluations has been muted, making inflationary tendencies more likely. Long dated bonds are reacting to this change. Deflationary Japan’s bond market is reacting strongly to this change. The difference in the reaction of the bond market to the dot-com crash is startling. 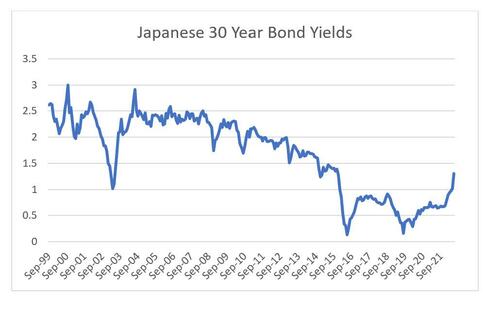 I suspect many people will have a lot of problems with this theory. The biggest problem people will have is that it introduces politics to currencies, which for the last 40 years has been the domain of free market doctrine. But as a I look over the world, I suspect most people have tired of free market doctrine. And most fund managers are in that small group that has done very well from free market doctrine – and as a group will struggle to understand why people would want anything else. But I suspect fund managers, private equity, central bankers and other financiers are the new coal miners – fighting for a world that no one else wants.