WH: We Won't Tell Apple To Allow AirDrop In China Because They're Private, That's A Different Situation From Us Vowing To Watch Twitter • JoshWho News

WH: We Won’t Tell Apple to Allow AirDrop in China Because They’re Private, That’s a Different Situation from Us Vowing to Watch Twitter 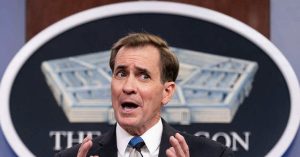 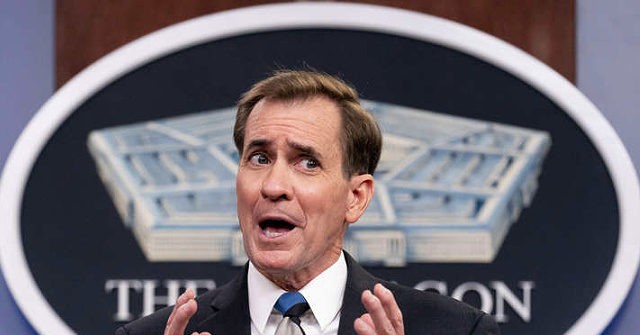 On Wednesday’s broadcast of the Fox News Channel’s “The Story,” White House NSC Coordinator for Strategic Communications John Kirby responded to Apple limiting the AirDrop file-sharing feature in China by stating that the White House isn’t “in the business of telling private companies how to execute their initiatives.” And the situation with Apple is different from the circumstances with Twitter that the White House has promised to watch.

Kirby stated, “Look, in general, and we’ve been clear about this all around the world, we want individual citizens, no matter what government they live under, to be able to communicate freely and openly, transparently and reliably. And we’ve made that clear with respect to Iran and we certainly continue to make that clear here with respect to China. Apple’s a private company, Martha, they have to make decisions and they have to speak for those decisions. But here at the White House, here in the administration, we want to see that individual citizens — whether they’re protesting or not, but in this case, I know that’s the context we’re talking about — are able to communicate freely and openly.”

Host Martha MacCallum then asked, “But why not say something to Apple? Because we were just told the other day that the White House is keeping an eye on Elon Musk and Twitter. So, why would you say that from the podium…and not call Apple out for helping the Chinese government to suppress their own people’s ability to communicate?”

Kirby responded, “Again, I think we’ve been very clear and consistent on this. Certainly, publicly, we’ve been very open about our desires to be able to see citizens communicate. And Apple, if this is a decision that they’re making, then they should have to speak to that. But we’re not — we can’t and we aren’t in the business of telling private companies how to execute their initiatives.”

MacCallum then cut in to ask, “Yeah, but Twitter’s a private company, too. So, why is Twitter getting one treatment and Apple’s getting another is my question?”

Kirby answered, “Well, those are completely two different circumstances. You’re talking about the potential for perhaps foreign investment and involvement in the management of Twitter. That’s a different issue than what we’re talking about here, which is a business decision by Apple with respect to how one of their applications is being utilized.”