On stage, Gaston told the assembled protesters that the acquittal in the Kyle Rittenhouse case sent a message “telling us to be silent under the threat of complete violence.”

“Today we come out here simply to be recognized as people who deserve to live and be treated with [equality] and respect,” the social injustice activists continued. “I ask that everybody come out here today and let your f**king voices be heard.”

Moments later, Gaston spoke with Breitbart and said, “I guess the verdict was, basically, push back on protesters who come out there to protest and to have the respect of the city to have their voices heard.”

“Rittenhouse, coming out there for whatever reason, came out there and did harm, ” he explained. “The jury has spoken. Our court system has resolved. So we gotta ask ourselves, ‘Do you support doing harm?’ or ‘Do you support voices being heard?”

When asked about peace after the Rittenhouse verdicts, Gaston responded, “How could it be peace, when there’s no justice? There could be no peace without justice.” 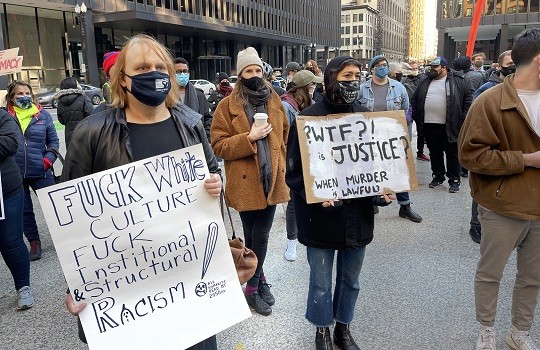 Gaston then said, “We are waiting for the federal government to charge Rittenhouse with first-degree murder,” and walked away.

Gaston is no stranger to the Illinois justice system. During a George Floyd rally in May 2020, the Chicago Police Department arrested Gaston for battery on a police officer. That charge was later reduced to resisting arrest after activists petitioned State’s Attorney Kim Foxx and Mayor Lori Lightfoot, Yahoo News reported.

He also served time in the juvenile justice system and in state prison as an adult on charges including burglary, forgery, and misuse of a credit card. He spent three of his ten years in prison in solitary confinement. He says he was wrongfully convicted.

He now attends Roosevelt University via virtual classes and pushes for social justice reform. He is a political science major and plans to get a doctorate in anthropology, Yahoo News reported.

“I wanted to make it out here, like I am right now,” Gaston told Yahoo News. “I’ve been designed to fight. Black people’s whole existence is a resistance. It’s about the work of people trying to find the dignity within themselves to show a connection with the human spirit with other people.”

Bob Price serves as associate editor and senior news contributor for the Breitbart Texas-Border team. He is an original member of the Breitbart Texas team. Price is a regular panelist on Fox 26 Houston’s What’s Your Point? Sunday-morning talk show. Follow him on Twitter @BobPriceBBTX, Parler @BobPrice, and Facebook.

Randy Clark is a 32-year veteran of the United States Border Patrol.  Prior to his retirement, he served as the Division Chief for Law Enforcement Operations, directing operations for nine Border Patrol Stations within the Del Rio, Texas, Sector. Follow him on Twitter @RandyClarkBBTX. 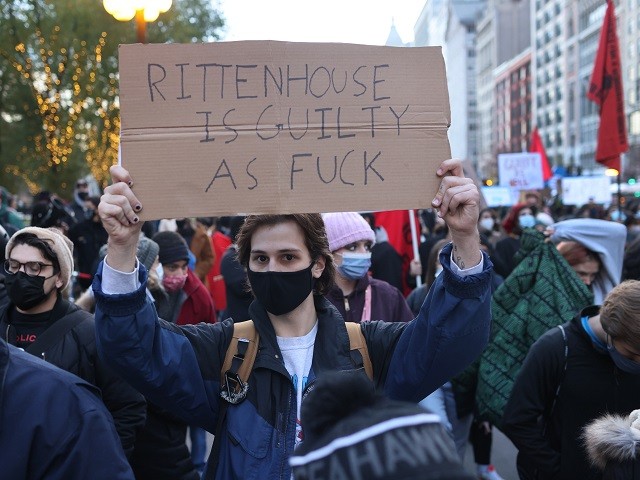