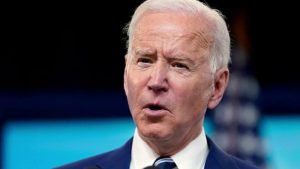 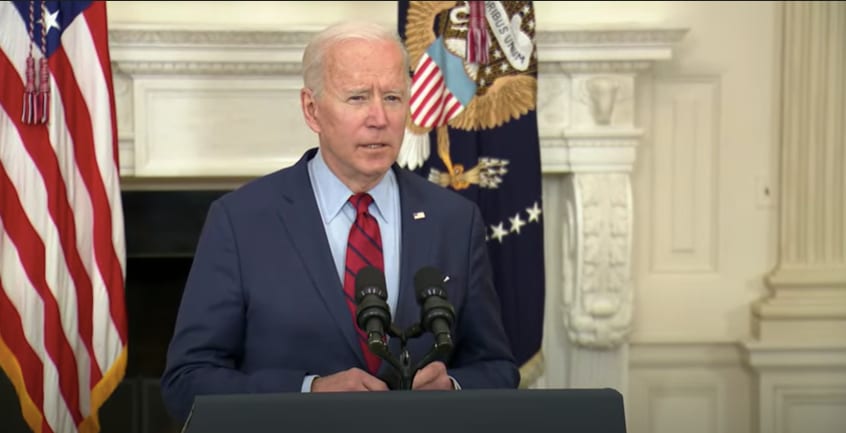 From the press conference: “What I’m worried about is how un-American this whole initiative is. It’s sick. It’s sick […] deciding that you’re going to end voting at five o’clock when working people are just getting off work.”

From the statement: “Among the outrageous parts of this new state law, it ends voting hours early so working people can’t cast their vote after their shift is over.”

According to a Georgia government website, the state’s polling places are open from 7 a.m. to 7 p.m., and if you are in line by 7 p.m. on Election Day, you are allowed to cast your ballot. Citing this information, The Post reported that nothing in the new law alters those rules.

Although, the newspaper noted that the law did make some changes to early voting, pointing to various experts saying the net effect was to expand the opportunities to vote for most Georgians, not limit them.

Ultimately, the conclusion that The Post arrived to for why Biden said the state would “end voting at five o’clock” was likely because the election law ultimately ratified used to say that early “voting shall be conducted during normal business hours”. According to the newspaper, experts said “normal business hours” generally means 9 a.m. to 5 p.m.

Furthermore, the fact-checking piece points out that the new law, as ratified, specifies it as “beginning at 9:00 AM and ending at 5:00 PM.”

The change, according to a Georgia election official whom The Post cited, was made partially due to some rural county election offices only working part-time during the week, not a full eight-hour day. Specifying times, according to the official, clarifies that they must be open every weekday for at least eight hours.

Significantly, The Post noted that the new law also lets counties set their own hours anywhere between 7 a.m. and 7 p.m. More specifically, according to Georgia Public Broadcasting’s Stephen Flower, whom the newspaper also cited in its piece, “Counties can have early voting open as long as 7 a.m. to 7 p.m., or 9 a.m. to 5 p.m. at minimum. If you live in a larger metropolitan county, you might not notice a change. For most other counties, you will have an extra weekend day, and your weekday early voting hours will likely be longer.”

Therefore, “the practical effect of the 5 p.m. reference in the law,” the newspaper concluded, “is minimal.”

Biden, University of Georgia political science professor Charles S. Bullock III speculated, probably didn’t get the final version of the legislation, of which Bullock said “there were 25 versions floating around”.

In the end, the newspaper’s fact-checking team gave Biden four “Pinocchios,” which isn’t the highest-order rating on its scale, but is nonetheless: “Whoppers.”