Uvalde Gunman Had Disturbing Past; Carried Around Dead Cat, Was Nicknamed “School Shooter” 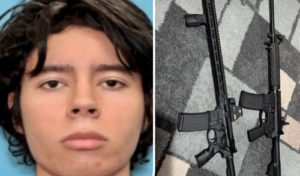 An interim report by a Texas House committee investigating the Uvalde school massacre reveals multiple red flags were known more than a year before 18-year-old Salvador Ramos killed 19 students and two teachers in his former fourth-grade classroom at Robb Elementary. 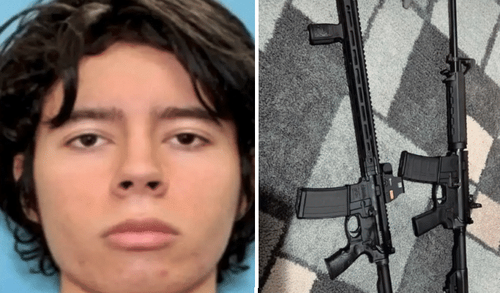 Leading up to the shooting, Ramos had already earned the name “school shooter” by people he gamed with online. He also started wearing all-black clothing and making violent threats – particularly toward women, who he “terrorized with graphic descriptions of violence and rape,” according to the Texas Tribune.

While relatives described Ramos as ‘shy and quiet’ and reluctant to interact with people due to a speech impediment, a former girlfriend interviewed by the FBI said she thought he had been sexually assaulted at an early age by one of his mother’s boyfriends, but that his mother did not believe him.

Ramos began falling behind in school, but never received special education despite having been labeled “at-risk.” He was bullied throughout the fourth grade due to a stutter, short haircut and clothing – which he often wore several days in a row. In one case, a girl tied his shoelaces together, causing him to fall on his face according to a cousin.

Beginning in 2018, he was recording more than 100 absences a year, along with failing grades. But the report authors said it was unclear whether a school resource officer ever visited his home. By 2021, when he was 17 years old, he had only completed ninth grade, the report’s authors wrote.

When students started to return to school after learning remotely during the pandemic, he dropped out. Instead of trying to fit in, as he had done in the past, he grew more isolated and retreated to the online world. Uvalde High School officials involuntarily withdrew him on October 28, citing “poor academic performance and lack of attendance.” -Texas Tribune

Uvalde High School senior Ariana Diaz told the Tribune that Ramos was a “popular loner,” and someone who everyone knew kept to himself. More recently, she says he was in a “dark place” and started wearing all black clothing and combat boots. Those close to him said he was depressed and lonely.

In late 2021, Ramos shared a video online of he and a friend he met online driving around with a dead cat inside a plastic bag, which he “discarded in the street and spit on while his driver laughed.” The video also showed Ramos dry firing BB guns at people.

Ramos told his girlfriend at the time that he wouldn’t live past the age of 18, either because he would commit suicide or otherwise “wouldn’t live long.” After she broke up with him in 2021, she told the FBI that Ramos began harassing her and her friends.

In one Instagram exchange, Ramos – who went by the username “TheBiggestOpp,” sent a girl a picture of a gun. 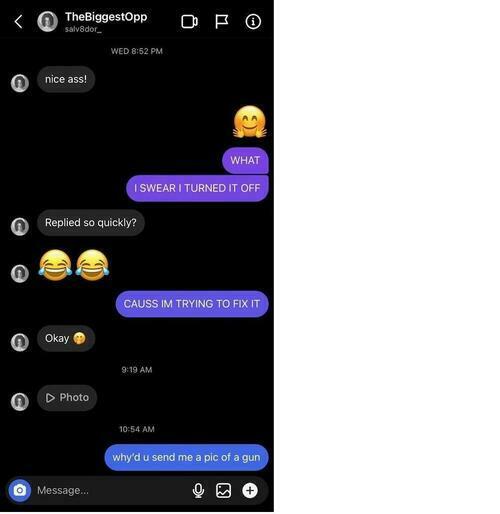 In another exchange, a 16-year-old girl who said she met Ramos in February said he replied to a meme she’d posted that referenced a weapon, saying “personally I wouldn’t use a AK-47,” rather “a better gun.” 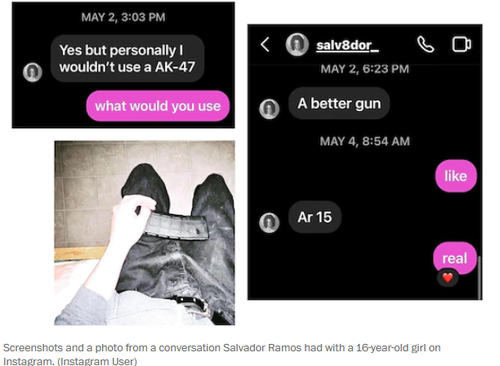 He was also into gore and violent sex based on his online history – and would sometimes share images of suicides and beheadings. When playing games online, he would become enraged and threaten others – particularly female players, when he lost.

Privately, he wrote about his challenges connecting with others or feeling empathy for them, saying he was “not human.” His search history, the authors of the report wrote, suggests he was wondering whether he was a sociopath. His internet searches led to him receiving an email about obtaining psychological treatment for the condition.

Attacking women became a pattern. He was also fired from his job at a Whataburger after a month for threatening a female coworker. And later he was let go of his job at Wendy’s. -Texas Tribune

Ramos posted pictures on Instagram of him cutting himself, with blood in a sink, Ms. Vasquez said. Earlier this year, she said, he showed up to school one day with a mask on, and when he took it off, his face had scars and scratches that he said he had inflicted on himself.

A screenshot of an Instagram story on an account linked to him, which since has been taken down, showed an ammunition magazine. A TikTok account with the same handle, “@salv8dor_,” which also has been removed, showed a photo of two rifles. The account included in its description the line, “Kids be scared.” -WSJ

Ramos’ mother, Adriana Reyes, said last week that the 18-year-old “was not a monster,” but could become “aggressive.”

“Sometimes I had an uncomfortable feeling, like ‘what are you doing?’,” she told ABC, adding “He could become aggressive if he got really angry. (…). We all have rabies, but some people have more than others.”

Despite Ramos’ disturbing threats and violent postings, nobody reported his online behavior to law enforcement.

Two months prior to the shooting, Ramos posted an Instagram story in which he screamed at his mother while she was in the process of kicking him out of the house, according to the Washington Post. He also told an older cousin that he didn’t want to live anymore, but the cousin told authorities that they had a “heart-to-heart” in which she thought she’d gotten through to him.

Instead, Ramos went on a buying spree when he turned 18 on May 16, buying two AR-15 style rifles, thousands of rounds of ammunition, and 60 30-round magazines. Since he had no criminal record, nor had ever been arrested, there was nothing which showed up in a background check to prevent him from acquiring the weapons.

Countdown to the shooting

After he armed up, Ramos began referencing a timeline which foreshadowed his plans.

On April 2, he sent someone a direct message on Instagram, “Are you still gonna remember me in 50 something days?”

The person responded, “probably not.”

“Hmm alright we’ll see in may,” he responded.

At least one friend from out of town started to become worried and proposed visiting him in Uvalde. But when the friend said he wouldn’t be able to go until July or August, he said “damn that’s too late.”

Five days before he went on a rampage at the elementary school, a man targeted and killed 10 Black people in a Buffalo, N.Y. supermarket. The mass shooting didn’t go unnoticed by the 18-year-old. He saved news stories and other information about it. He also spent time with a cousin’s son who went to Robb Elementary to get information about his schedule and lunch periods, officials reported.

On the eve of the shooting, he sent out messages to people about something he was going to do the following day. -Texas Tribune

Ten days before the shooting, he wrote “10 more days,” according to a Texas official. Another person replied: “Are you going to shoot up a school or something?” to which Ramos replied: “No, stop asking dumb questions. You’ll see.”