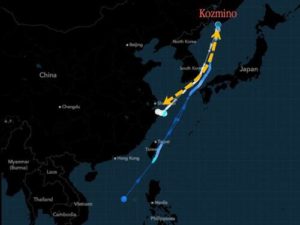 Remember when Western sanctions on Russia were meant to paralyze its economy, destroy the ruble, and then implode its lucrative commodity trading channels? Well, thank customers across Asia for keeping the nation’s oil trading flowing from the Far East.

Oil merchants, unaffected by Western sanctions, are taking advantage of a lucrative shipping lane, delivering Russian crude oil from the port of Kozmino near China and North Korea to customers in China and India. 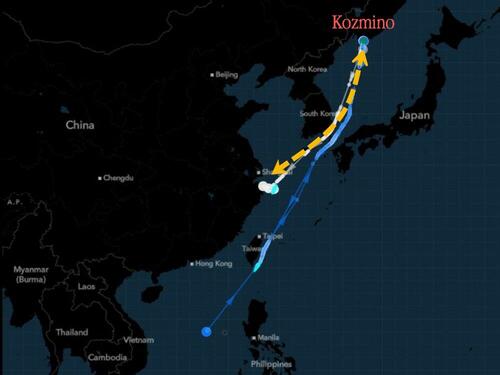 Bloomberg spoke with shipbrokers (who asked not to be named) that said older Aframax vessels are being used on the Kozmino-to-China route. Since May, four tankers 15 years or older have joined the fleet of ships delivering Russian oil from Kozmino.

Kozmino handles about 30 cargoes of ESPO (Eastern Siberia Pacific Ocean) crude per month via vessels, each carrying about 700,000 barrels.

Merchants on this trade route (about a five-day voyage from Kozmino to China) using older Aframax vessels have been rewarded with elevated freight rates that have translated into high profits because of older and cheaper vessels. 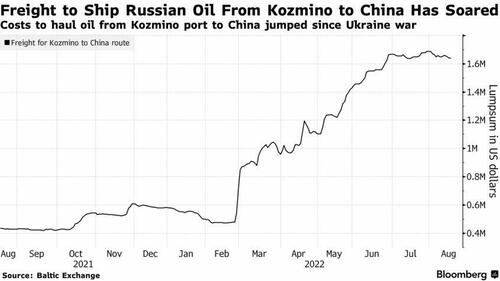 The opportunities for merchants on this trade route have increased interest in used Aframax vessels as the value of these ships (about 15 years old) has soared 60% to about $29 million, according to VesselsValue data.

VesselsValue’s data shows 58 Aframaxes have been bought and sold this year, 50% more than last year in the same period.

So the rejiggering of global supply chains due to Western sanctions on Russia has created an opportunity for oil traders in Asia. In return, used Aframax prices are soaring.