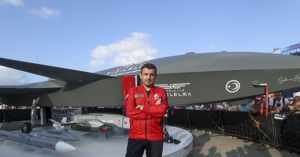 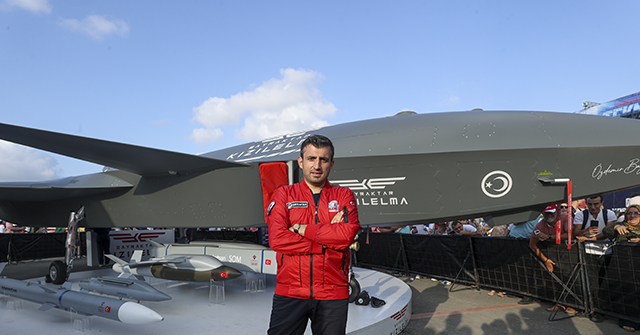 Ukraine has relied heavily on Turkish-made Bayraktar drones to fight the Russian invasion.

On Tuesday, the cofounder of the company that makes the drones confirmed that Ukraine is supplying engines for the drones, manufactured by the famed Motor Sich corporation — which Ukrainian President Volodymyr Zelensky prevented Russia’s ally China from taking over in February 2021.

Selcuk Bayraktar, chief technology officer and cofounder of Turkey’s Baykar company, responded to a direct question about drone engines by confirming the Ukrainians “are already supplying and they have already supplied” components for the very same drones Kyiv is purchasing to use against the Russians:

🇺🇹🇷| Will Ukraine be able to supply Turkish fighter UAV KIZILELMA’s engines on time despite the ongoing war, we asked.

Selcuk Bayraktar is not only an executive at the corporation but also one of the engineers who designed the Bayraktar drones, which have become one of the hottest military products in the world. He is also the son-in-law of Turkish President Recep Tayyip Erdogan, which is one reason why Russia’s complaints about a Turkish company supplying devastatingly effective weapons to Ukraine have been relatively muted.

“With the new contract, we will install the AI-322F engine, produced jointly by Ivchenko Progress and Motor Sich, in our unmanned fighter aircraft. I hope that this deal will further the strategic cooperation between the two countries,” he said.

The AI-322F engine will be used in a next-generation Baykar drone known as the MIUS, a Turkish acronym that translates to “Unmanned Combat Aircraft System” in English. Baykar has also marketed the upcoming system under the more colorful nickname “Kizilelma,” which means “Red Apple,” a name chosen because red apples represent bold visions in Turkish mythology.

The MIUS is advertized as an aggressive air-combat platform with stealth characteristics, capable of reaching supersonic speeds, operating for up to five hours at a stretch, and launching from the deck of Turkey’s new amphibious assault carrier, the TCG Andalou. The MIUS is scheduled to begin flight testing before the end of this year.

Daily Sabah quoted Ukrainian sources who said over 500 engines would be exported to Baykar over the next ten years, with a total value of over $600 million.

Motor Sich is a venerable aerospace company, founded in 1907 and long considered one of the largest suppliers of aircraft engines in the world. The company was one of the most important assets controlled by Ukraine when it became independent in 1991 because it was the primary source for the collapsing Soviet Union’s helicopter engines and a vital part of the supply chain for many other aircraft parts.

In early 2021, a group of Chinese corporations attempted to take control of Motor Sich, headed up by a firm called Skyrizon Aviation with links to the Chinese military. Skyrizon managed to buy a controlling stake in Motor Sich under the previous Ukrainian president, Petro Poroshenko, but current President Volodymyr Zelensky blocked Skyrizon and its partners from completing the takeover.

Zelensky enraged the Chinese Communist government by slapping sanctions on Skyrizon in February 2021, a move the Chinese Foreign Ministry denounced as a potential violation of international law, while Skyrizon itself accused Zelensky’s administration of “barbaric robbery.”

Zelensky insisted he was not trying to pick a fight with China or get drawn into the “cold war between China and the United States,” but was merely trying to protect the vital national asset of Motor Sich from being controlled by any foreign entity.

The Chinese companies did not back down from their efforts to take over Motor Sich, so in March 2021, the Ukrainian government seized the corporation, ostensibly to “return” it to “the Ukrainian people.”

Motor Sich executives accused the would-be Chinese buyers of failing to pay for the shares of stock they acquired, a charge the Chinese companies angrily denied. The Chinese consortium in turn threatened to file lawsuits in Ukrainian, Chinese, and international courts.

The U.S. Embassy in Kyiv supported Zelensky’s actions, warning that Skyrizon’s “predator investments and technology acquisitions in Ukraine” created an “unacceptable risk of diversion to military end use” by China.

Invading Russian forces have attacked Motor Sich facilities in Ukraine on several occasions, most recently on Monday, when Russian airstrikes hit a Motor Sich factory that was repairing helicopters.