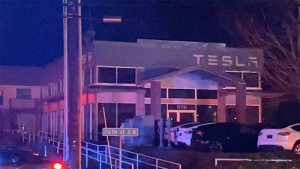 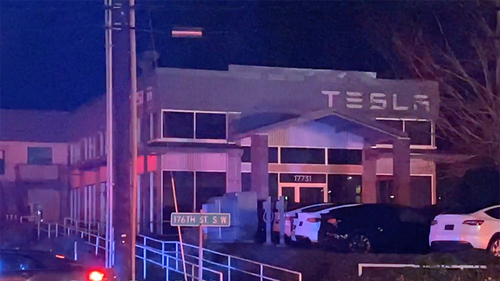 Journalist Andy Ngo tweeted the details, noting that while some accounts are suspended, others remain active:

Crimethinc disseminated texts brainwashing readers to violent extremism, praised domestic terrorist attacks against the state, & instructed people on how to commit violent crimes. You call it a “culture jamming anarchist publication”? What did you call ISIS propaganda? https://t.co/5liGW9tcd5

Violent extremist #Antifa collective @crimethinc has been suspended at the moment. The international group operates like ISIS: makes propaganda & training material to radicalize militants toward violence. Though the main account was suspended, they operate a dozen other accounts: pic.twitter.com/36mI2T1rq2

Convicted felon & Portland #Antifa member Alexander Dial/@betacuck4lyfe has been suspended on Twitter. While on pretrial release for violent felonies, he spread hoaxes on Twitter & directed comrades to commit crimes during the 2020 BLM-Antifa insurrection in Portland. https://t.co/HEjwtT6wEQ pic.twitter.com/m7raNbTYgb

Update: Violent extremist @vps_reports has been suspended, although unknown if it is temporary or permanent. Singh has engaged in street violence himself & calls for violence against his political opponents. Videographers @fromkalen, @DrewHLive & others have been victimized. https://t.co/wFs7CliCxQ

Update: The account of violent Portland #Antifa fugitive Jarrid Huber/@digitpowell is suspended. The dangerous suspect has used that account to organize & incite violence. He went on the run this month after violating the pretrial release conditions of felony riot charges. https://t.co/4yXg5DV4iJ pic.twitter.com/rbp1uhoNen

Portland #Antifa group @Westrikeback161, who organizes window smashing & vandalism on businesses, has been suspended. “161” is the dog whistle number for AFA (Antifascist Action). Antifa have been urging violent retribution against @elonmusk for removal of their violent accounts. pic.twitter.com/Li3GINLdGP

This is just a drop in the ocean of years of violent organizing on Twitter. https://t.co/UXTWORonjJ https://t.co/n8B5Z4K08C pic.twitter.com/GrWjwdLqPV

Journalist @choeshow visited the area that was blocked off after a man barricaded himself next to a Seattle-area Tesla, started a fire & threatened to blow up the building. #Antifa had earlier called for Tesla locations to be attacked wherever they are. pic.twitter.com/yvJxRoznha

Update: The violent extremist #Antifa account in Portland who is organizing the arson direct action against @Tesla tonight has been suspended. The account listed addresses of Tesla properties across the US for comrades to attack as vengeance against @elonmusk. https://t.co/FPipsqxeEu pic.twitter.com/T4EkFsJ1tv

A large number of Antifa accounts operate on Twitter to promote riots, give tips on how to commit violent crimes & post names, photos & addresses of targets plus their family members.

Musk promised that incitement to violence would result in suspensions.

How do we best inform Twitter of these violations? I’ve been reporting on specific accounts for years & pretty much all of them remain. Last year Antifa used Twitter to direct comrades to swarm me after I ran into a hotel following a violent street beating:https://t.co/qOKzR3hsNy

Musk also noted how it was “disturbing” that Twitter had previously taken no action against Antifa accounts.

Thank you for your attention. (I hope you had a great Thanksgiving.) I’ll continue to raise these issues here thoughtfully. Countless journalists, law enforcement officers, businesses & properties have been attacked through violent extremist organizing & incitement on Twitter.

In the age of mass Silicon Valley censorship It is crucial that we stay in touch. We need you to sign up for our free newsletter here. Support our sponsor – Turbo Force – a supercharged boost of clean energy without the comedown. Also, we urgently need your financial support here.