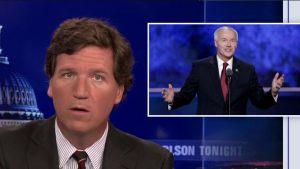 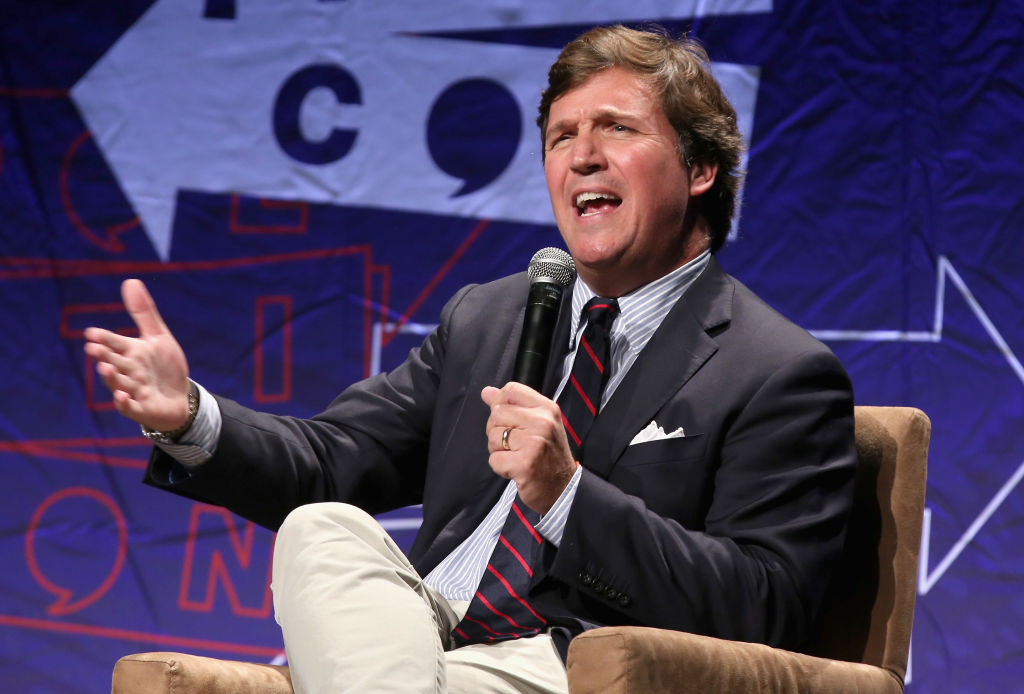 Tucker Carlson spoke to Arkansas Republican/RINO governor Asa Hutchinson earlier this week, taking him to task for his veto of a bill protecting minors from gender reassignment surgery (which the state legislature later overturned and passed).

Anyone who missed it can watch the interview in full below:

It has been increasingly evident that corporate America is taking sides in the culture wars – and it’s almost exclusively to support the left. With that in mind, Carlson questioned if that played a role in Gov. Hutchinson’s decision to veto.

When Carlson questioned Hutchinson about if he was in contact with corporate interests about the bill, he denied it, saying “I answered that question and I said, no, I have not. Do you have another question” when pressed.

Carlson and his team did some digging after that interview.

“We had to take his word for it. He was very emphatic. It looks like, how do we put this, lying,” Carlson said last night.  “The day we spoke to him, in fact, the Walton family endorsed his decision to veto the bill that had passed the legislature — Not just any family, the richest family in the world and of course, the most powerful family in the state of Arkansas. They wanted Asa Hutchinson to know that he had done exactly what they wanted him to do.”

“If Walmart is going to sell a lifetime supply of drugs to trans-youth, it would be nice if you could veto legislation and any bills like it,” he commented. Carlson then said he spoke with a source who said that when Hutchinson leaves office “he would very much like a board seat” at Walmart.

Tucker then played a clip from Hutchinson last month where he said “We’re the home of some major global corporations here in Arkansas, they’re certainly worried about the image of our state, but we are trying to send the signal that you can protect conscience, you can protect the girls in sports without being discriminatory.” Clearly, what corporate America thinks about his state is on his radar.

Matt Palumbo is the author of Dumb and Dumber: How Cuomo and de Blasio Ruined New York, Debunk This: Shattering Liberal Lies, and Spygate