First it was the streaming studio shift that shook up Hollywood – companies like Netflix were beating out movie theaters and traditional studios publishing content that went direct to streaming. Now, Hollywood is getting shaken up again – this time, because layoffs are on their way.

The struggling TV and film industry continues to run face first into bad news. This week it was reported that Warner Bros. Discovery was firing 100 TV ad salespeople at the same time that Paramount has considered ending offering Showtime as a standalone service, Bloomberg reported.

Netflix followed suit with their own layoffs, the report says. The company has reportedly let go hundreds of employees and abandoned some of its office space. At the same time, the firm’s stock price has collapsed and fallen more than 60% from its all time highs.

Walt Disney Co. Chief Executive Officer Bob Chapek said in a recent interview with Bloomberg: “The very foundation that the streaming business sits on has been devolving on sand. It’s all been shifting.”

Streaming companies are having trouble getting projects off the ground, a headwind that CEOs like Chapek, who promised profitability and a cut of spending by 2024 for Disney+, have been faced with. Warner Bros. is no longer approving HBO Max project budgets that are more than $30 to $40 million.

Bill Mechanic, a former head of Fox Filmed Entertainment said: “Nobody wants to do anything other than sequels, It’s harder. The environment has gotten worse.”

Sheenie Ambardar, a Los Angeles psychiatrist who has clients in the entertainment field, said: “There is a general sense of uncertainty of when things will pick back up. There’s a general sense of where is this going and how are we going to get out of this?”

Other studios are regularly asking for 20% reductions in budgets and are outright cancelling projects.  “Woke,” a Hulu series “about a Black cartoonist”, and “Chad,” a TBS series that was set to revolve around a Persian-American family, were both just cancelled, according to the Bloomberg report.

Lower budget products are the first ones to feel the cuts. Chris Fenton, an executive producer, said: “The fear in town is it’s an all-or-nothing game. Either you’re involved in the super-premium category or you’re nervous.”

William Simon, who does executive recruiting for Hollywood put it simply: “Everybody’s pumping the brakes.” 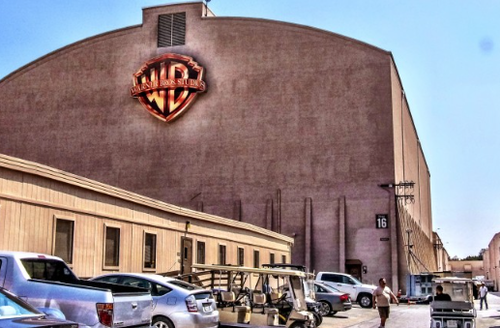