Swalwell: CPAC’s ‘Insurrection Reunion’ Emboldened People to Take Up Arms Against Their Government 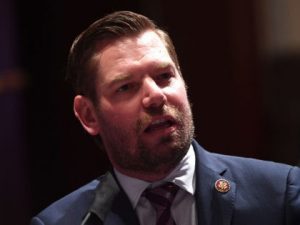 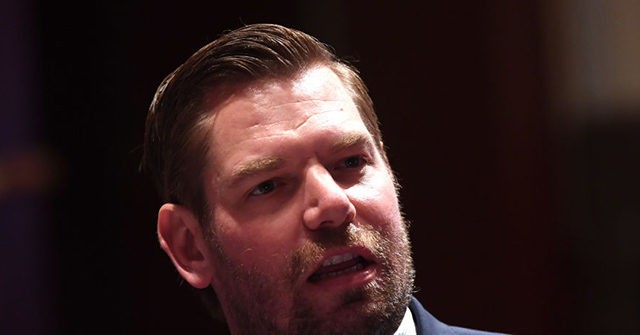 Mitchell asked, “Congressman, what can you report about this new warning about March 4?”

Swalwell said, “It aligns with warnings we’ve seen before the January 6 attack, post-January 6. I have to say it angers me. It angers me that I have colleagues who have stood with some of these groups, who have perpetuated the lies these groups have told around the election and have done nothing to quell or condemn these groups. When that’s the case, as Elizabeth Neumann testified formerly from the Homeland Security to the Homeland Security Committee a couple of weeks ago, that when groups are not condemned, they feel emboldened. The fact that I have colleagues that perpetuate this big lie about the election, that inspires these QAnon folks and makes them believe that they have a permissive operating environment. That makes all of us less safe and affects our ability to do our job here.”

Mitchell pressed, “Are you talking specifically about Congresswoman Marjorie Taylor Greene? Or the congressman who keynoted a white supremacist rally in Atlanta this weekend, Matt Gaetz? Who are you talking about?”

Swalwell said, “Yes. Congressman Gosar went to a white supremacist event this weekend. Congresswoman Taylor Greene continues to align herself with QAnon conspiracies. There was the insurrection reunion at CPAC this weekend where Senators Cruz and Hawley attended and did nothing to denounce the big lie. So, again, that just emboldens and inspires people who have already been radicalized and want to take arms against their government.”

He added, “Right now, the threat is within. It is within the United States, and it is within the two bodies of Congress because legislators have not completely denounced this big lie.”

He concluded, “If you look at the CPAC conference, the number-one issue when they were polled at that conference this weekend for a conservative organization, the number-one issue those attendees cited was election integrity. That really concerns me that they believe that our elections are not secure, but they believe that because Donald Trump and Ted Cruz and Josh Hawley, and others continue to perpetuate this myth. That makes all of us less safe because people feel they have to take arms against their government because the election was fraudulent.”