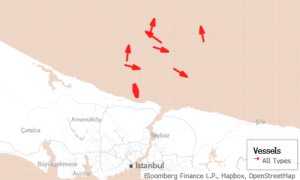 The EU and G7 price cap on Russian oil went into effect on Monday, but it’s already causing disruptions in global supply chains. The first manifestation comes from Turkey, where the Financial Times reports that a tanker traffic jam is stacking up in Turkish waters and blocking some 18 million barrels of oil from passage, as the country’s authorities demand proof that the vessels have insurance coverage:

“Around 19 crude oil tankers were waiting to cross Turkish waters on Monday, according to ship brokers, oil traders and satellite tracking services. The vessels had dropped anchor near the Bosphorus and Dardanelles, the two straits linking Russia’s Black Sea ports to international markets.”

Here are some of the vessels in queue off Turkey. 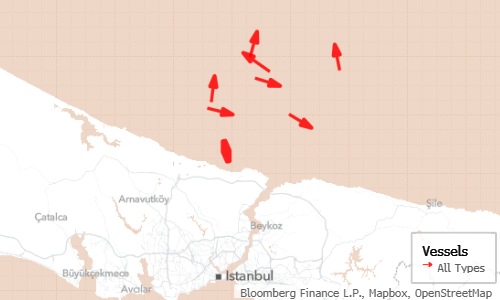 In a striking demonstration of the price cap’s potential to disrupt markets, most of the oil in the delayed ships isn’t even subject to the sanction regime: It’s from Kazakhstan and has merely transited Russian ports after arriving there via pipeline.

One oil industry insider said Russian shippers have transited with relative ease — it’s shippers covered by western insurers that are anchored and now destined to deliver their cargo late. 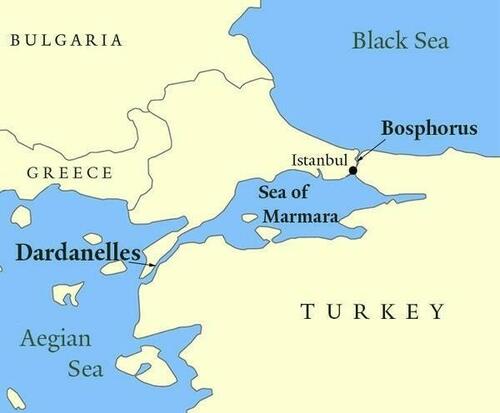 Last week, the G-7 (Canada, France, Germany, Italy, Japan, the UK, and the US) and the EU agreed to cap the price of Russian crude oil at $60 a barrel. The idea is to keep some Russian oil flowing while reducing Russia’s profit potential. 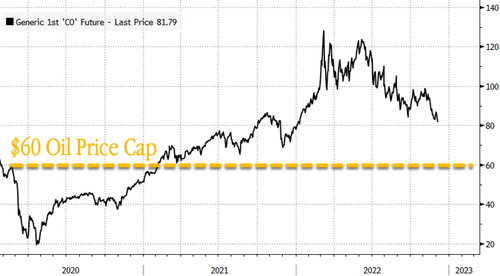 However, the cap “does not hurt Russia at all,” according to economist and fund manager Daniel Lacalle. “The agreed cap, at $60 a barrel, is higher than the current Urals price [and] above the five-year average of the quoted price.”

The cap is imposed by barring Western businesses from insuring, financing or shipping Russian oil unless the price is at or under the cap. The insurance aspect is particularly meddlesome, as maritime insurance is dominated by western firms, most notably Lloyd’s of London.

According to the International Group of P&I Clubs, which represents 13 insurers covering some 90% of the world’s shipping, Turkey’s request to tankers goes “well beyond” the standard information requested.

Per the Times, “It was not possible for P&I providers to guarantee cover even in the case of a sanctions breach, the group said in a statement by one of its members.” The group’s CEO, Nick Shaw, told the Times that his organization was in “ongoing constructive discussions with the relevant authorities to try and resolve the situation.”

A US Treasury official said the American government is “aware of how the government of Turkey’s new policy could complicate ships’ movement through the Turkish straits” and raised “concerns,” as UK officials did.

As we explained Saturday, Russia has been quietly amassing a “shadow fleet” of tankers to sidestep Western targeting of its exports.