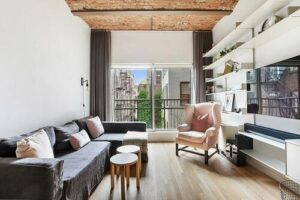 New Yorkers searching for a sign of relief from Manhattan’s red hot real estate market may finally be getting some good news.

The borough’s lower-end real estate market is beginning to cool after a year of bidding wars. Rising mortgage rates have made borrowing costs more expensive, curbing demand for prospective homebuyers with budgets under $1 million, according to Bloomberg, citing new data from brokerage Serhant.

Serhant found the number of listings under $500,000 that entered contracts in the three months beginning in June was 29% below the decade average leading up to the virus pandemic. The number of properties that went under contract between $500,000 to $1 million was 15% below the pre-Covid average. 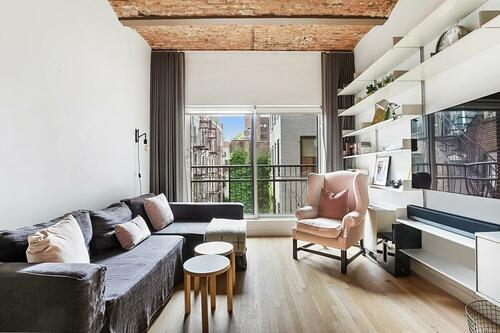 “Even a one or two percentage point increase does make a difference to the borrowing power of those buyers,” Derderian said. 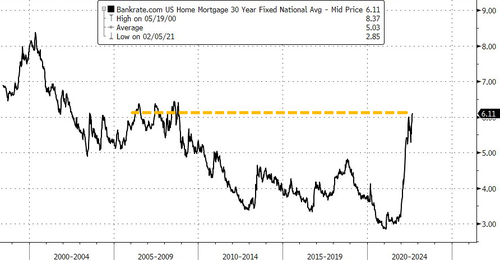 We warned that skyrocketing mortgage rates would spark a housing affordability crisis as early as March. Fast forward to today, the affordability index crashed to three-decade lows. 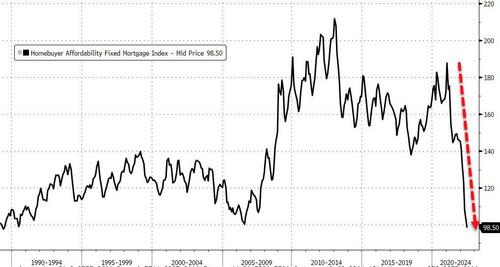 The affordability crisis has pressured the lower-tier homebuyers first, as soaring borrowing costs may have ended the 2021 housing frenzy.

Transactions entering contract have been slowing compared to last year as buyers are deterred by higher rates, with Manhattan home deals dropping 39% in June, July and August from a year ago. Contracts signed were also 10% below the average levels for the same months during the decade before the pandemic hit. –Bloomberg

In June, July, and August, the median price of a Manhattan property was approximately $1,159,000 and only increased by 1% over the same period last year. At some point, the growth in home prices will stall and then reverse. Inventory is rising much quicker than last year.