Study: 27 Of The 30 Cities With Highest Murder Rate Are Democrat Run • JoshWho News

Study: 27 of the 30 Cities with Highest Murder Rate Are Democrat Run 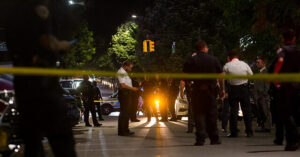 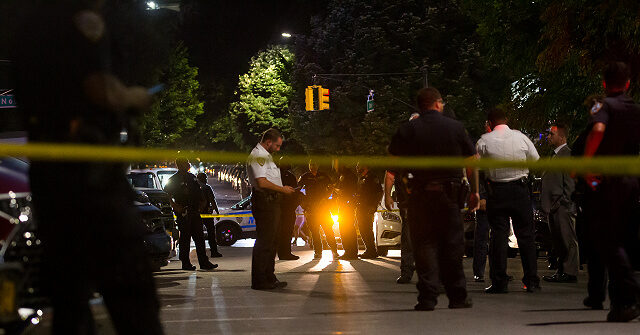 A study published by the Heritage Foundation’s Edwin Meese III Center for Judicial and Legal Studies shows that 27 of the 30 cities with the highest murder rates are controlled by Democrats.

FOX News noted that the study indicates “27….[of the 30 cities] have Democratic mayors. Within those cities, there are at least 14 “rogue prosecutors” either backed or inspired by billionaire Democrat supporter George Soros.”

The Daily Signal reported that the authors of the study–Charles Stimson, Zack Smith, and Kevin D. Dayaratna–noted, “Those on the Left know that their soft-on-crime policies have wreaked havoc in the cities where they have implemented those policies.”

It is not hard to understand why ‘reforms’ such as ending cash bail, defunding the police, refusing to prosecute entire categories of crimes, letting thousands of convicted felons out of prison early, significantly cutting the prison population, and other ‘progressive’ ideas have led to massive spikes in crime—particularly violent crime, including murder—in the communities where those on the Left have implemented them.

The study undercuts Hillary Clinton’s claim that Republicans’ emphasis on crime and violence in Democrat-run cities was not valid.

On November 3, 2022, CNN quoted Clinton suggesting Republicans were “just trying to gin up all kinds of fear and anxiety in people.”

She added, “[The Republicans] are not dealing with it. They are not trying to tackle it. So I view it as an effort to scare voters.”

AWR Hawkins is an award-winning Second Amendment columnist for Breitbart News and the writer/curator of Down Range with AWR Hawkins, a weekly newsletter focused on all things Second Amendment, also for Breitbart News. He is the political analyst for Armed American Radio and a Turning Point USA Ambassador. AWR Hawkins holds a PhD in Military History with a focus on the Vietnam War (brown water navy), U.S. Navy since Inception, the Civil War, and Early Modern Europe. Follow him on Instagram: @awr_hawkins. You can sign up to get Down Range at breitbart.com/downrange. Reach him directly at awrhawkins@breitbart.com.