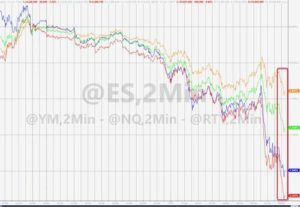 Federal Reserve Bank of Richmond President Thomas Barkin says “getting inflation under control is going to be necessary to set up what we have the potential to do in the economy.”

Barkin warned that “The Fed must curb inflation even if this causes a recession,” adding that The Fed “needs to raise rates into restrictive territory.”

Barkin further added that “I’ve been supportive of front-loading.”

The Richmond Fed president’s comments echoe’d ECB’s Schnabel’s words of warning that “even if we entered a recession, it’s quite unlikely that inflationary pressures will abate by themselves,” Schnabel said.

“The growth slowdown is then probably not sufficient to dampen inflation.”

It appears the world’s central bankers are rapidly realizing that a recession is needed to tamp down inflation… and in fact even that may not do the trick – this is a supply issue, not a demand issue.

Translation: we need a depression to ‘fight’ Putin!

This prompted further weakness in stocks with Nasdaq down 2%… 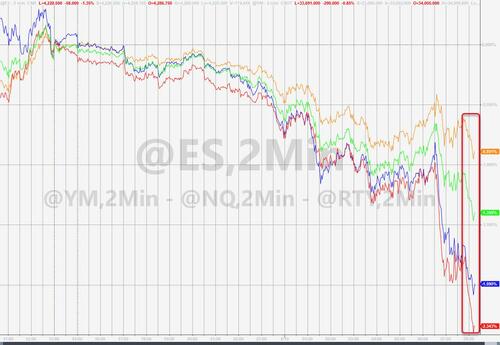 And yields spiking higher with 10Y inching closer to 3.00%… 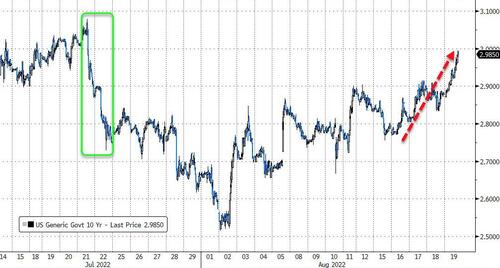 …erasing all the price gains from the ECB/US-weak-data bond rally.

Is the scene being set for Powell to steal the jam out of the ‘Fed Pivot’ bulls’ donut next week in J-Hole?