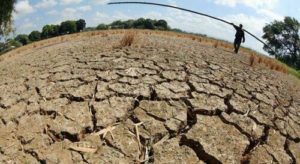 The effects of elevated food prices have rippled worldwide and forced governments to impose price controls and trade restrictions. Price increases are due to supply constraints driven by several variables, including high energy prices, geopolitics, and weather. Ukraine restarted maritime transport of crops to the rest of the world, forcing grain prices to slip, though the food crisis is far from over.

We pointed out in April that the next challenge for the global food supply could be a plunge in rice production (read: here). Fast forward months later, and our suspicions appear to be right as India, the world’s largest rice exporter, has seen planting areas of the crop decline by 13% due to heatwaves and drought. 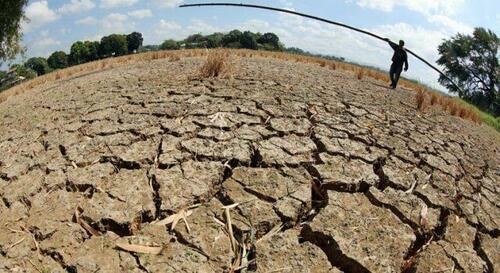 India accounts for 40% of the global rice trade, and a decline in production will complicate India’s domestic inflation fight. It could result in export restrictions, leading to few supplies for the rest of the world. 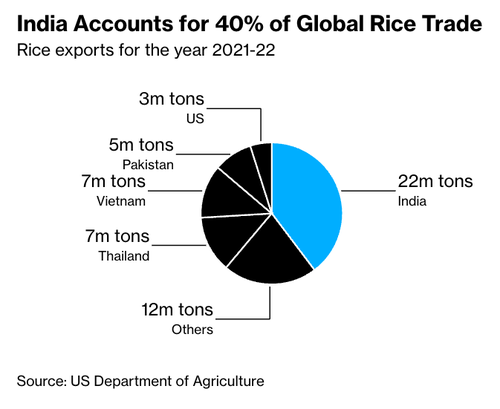 In the last two weeks, prices in India have soared more than 10% in top growing states such as West Bengal, Odisha, and Chhattisgarh due to lack of rainfall and crop output concerns, Mukesh Jain, a director at Sponge Enterprises Pvt., a rice trader, told Bloomberg. He expects export prices to reach $400 a ton by next month from $365 this week.

Rice feeds half of humanity and is vital for political and economic stability across Asia. Supply disruptions due to potential trade restrictions by India could create shortages and rising prices elsewhere.

There’s still hope crop output could recover as the monsoon season is expected to produce normal rainfall through September. However, some farmers sounded the alarm output is expected to drop significantly.

Farmer Rajesh Kumar Singh operates a small farm with seven acres in Uttar Pradesh planted on only half the land because of the lack of rain in June and July. “The situation is really precarious,” he said.

Himanshu, a professor at Jawaharlal Nehru University, who goes by only one name, said rice prices would continue to rise because of adverse weather conditions that would help boost overall inflation.

The question remains if a further rise in food prices would derail India’s inflation fight.

“Lower area of rice sowing amidst increased demand of imports from Bangladesh and other Middle Eastern countries have pushed up rice prices of different varieties to as much as 30% since June,” said Deutsche Bank Economist Kaushik Das. “This poses challenges for the food inflation outlook.”

The Reserve Bank of India is set to hike interest rates Friday to subdue the hottest inflation in a decade.

The next food price shock could be from India, though it’s difficult to estimate the exact level of production loss. 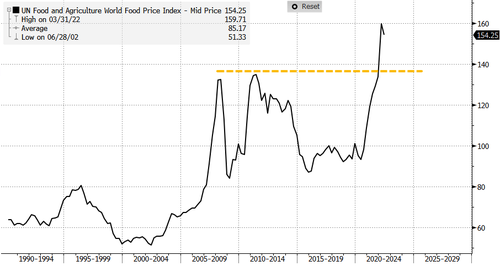 All eyes are on India’s rice production, which is set for harvest in mid-September through October.