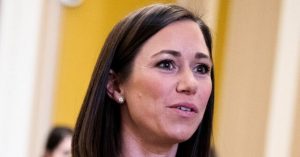 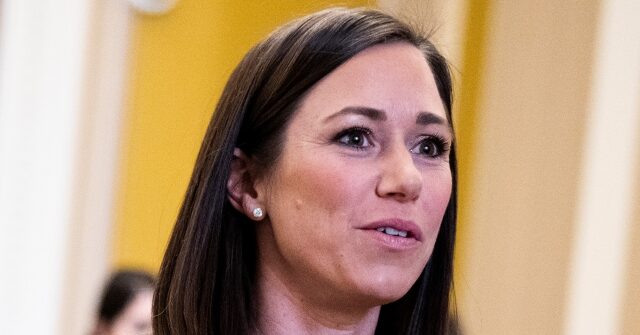 Sen. Katie Britt (R-AL) used her first vote in the United States Senate to expose the ESG agenda of President Joe Biden’s nominee to be Assistant Secretary for Energy, Installations and Environment in the Defense Department.

Britt voted “no” in her first vote as a senator on Monday night to oppose Brendan Owens’s nomination to serve as Assistant Secretary for Energy, Installations and Environment in the Defense Department due to his support from the radical environmental, social, and governance (ESG) policy movement.

“The Biden Administration has consistently prioritized their reckless leftwing political agenda to the detriment of our military readiness,” Britt said in a statement following her vote in opposition to Biden’s push for radical policies in the Pentagon.

On Monday, Daily Signal’s Samantha Aschieris revealed some of Owens’s former “environment” work history. Some of his previous work experience has involved being “focused on the places where systems in the built environment intersect and interact” and “delivering equity, health and decarbonization.”

“This nominee would simply be the tip of the spear in continuing President Biden’s radical ‘Green New Deal’ priorities at the Department of Defense,” she continued. The Defense Department “should be focused on ensuring our incredible men and women in uniform are the best equipped, resourced, and trained in the world.”

The Daily Signal’s report also noted his LinkedIn bio describes him as “working for equity, human health and climate” and his “About” page indicates that he is “passionate about green buildings, market transformation and programs that enable people and companies to decarbonize and create an equitable and healthy world.”

“We achieve peace through strength, not wokeness. The last thing we need is a DOD appointee from the ESG movement,” Britt added.

Biden nominated Owens almost a year ago on March 11. Despite Britt’s “no” vote, Owens was confirmed with a 60 to 35 margin.

Jacob Bliss is a reporter for Breitbart News. Write to him at jbliss@breitbart.com or follow him on Twitter @JacobMBliss.