It has been an absolute “clown car” of Central Banker / “Official” Authorities activity / behavior – contradictory and incoherent policy vs forward guidance language, projections and interventions – within the past 24 hrs with two standouts according to Nomura’s Charlie McElligott:

Here were the main head-scratchers and complaints on Powell (and the FOMC’s controversial latest projections) which led to the incredible “HAWKISH!…no NOT HAWKISH ENOUGH so DOVISH!…EHHH I guess HAWKISH again!” whip-saw price-action across Assets during his press conference:

2) the absolute SCENES out of Japan between the MoF, the BoJ and their incoherent behaviors…

The larger holistic takeaway is a simple iteration that Central Bank / Financial Authorities need to get back to the business of SAYING LESS.

So having said all that, McElligott notes that Larry Summers – love him or hate him – continues to “get it right” on this particular point, dropping the “Too Much Information” bomb on the Fed, which merited an actual “laugh out loud”:

From a cross-asset markets impact, the price-action and positioning in “macro trend trades” playing for “Tight financial conditions” will continue to be the focus – so there is no better area to watch than our CTA Trend signals and positioning.

Finally, McElligott warns that prices are now closing-in on next “-100% Short” triggers across Global Equities… 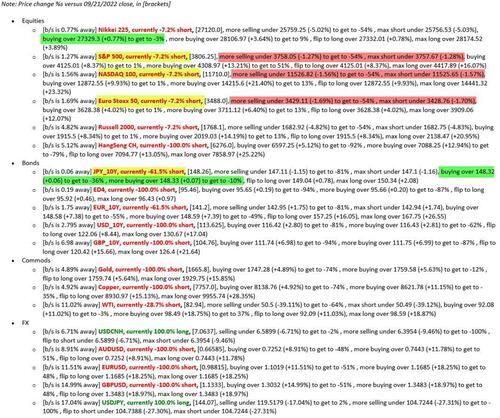 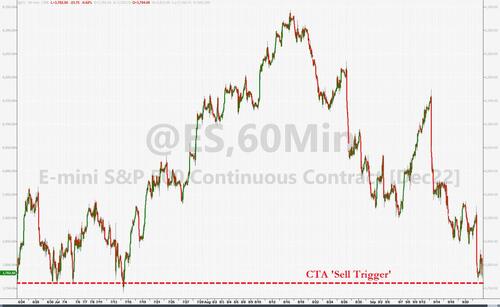 And as we noted earlier, on the longer term picture, SpotGamma suggests traders should continue to key off of the MOVE Index as the major macro indicator, and that metric remains near all time highs.

Nothing says this spread has to collapse, however we remain of the opinion that equities cannot hold a material, sustainable rally (5-10% equity rallies have been disappearing at lightning speed) until that MOVE index shifts back down <=100. 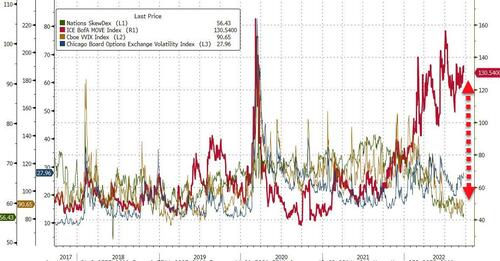