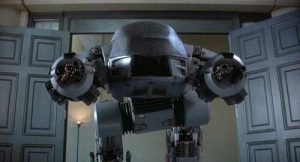 San Francisco’s Board of Supervisors voted this week to give police the ability to use lethal, remote-controlled robots in certain situations where “risk of loss of life to members of the public or officers is imminent and outweighs any other force option available to SFPD.” 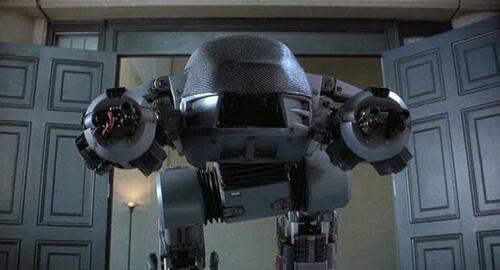 In a 8-3 vote following what one civil liberties advocate described as an “unhinged” meeting, the panel agreed to grant police the option despite strong objections from civil liberties and police oversight groups, AP reports.

Opponents said the authority would lead to the further militarization of a police force already too aggressive with poor and minority communities.

Supervisor Connie Chan, a member of the committee that forwarded the proposal to the full board, said she understood concerns over use of force but that “according to state law, we are required to approve the use of these equipments. So here we are, and it’s definitely not a easy discussion.”

So when can police deploy the robots? As EFF‘s Matthew Guariglia notes; “The robots listed in this section shall not be utilized outside of training and simulations, criminal apprehensions, critical incidents, exigent circumstances, executing a warrant or during suspicious device assessments.” 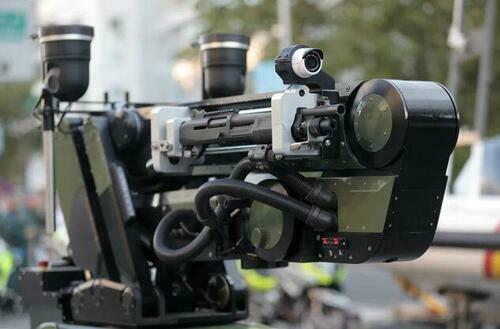 And when can kill-mode be activated? “Robots will only be used as a deadly force option when [1] risk of loss of life to members of the public or officers is imminent and [2] officers cannot subdue the threat after using alternative force options or de-escalation tactics options, **or** conclude that they will not be able to subdue the threat after evaluating alternative force options or de-escalation tactics. Only the Chief of Police, Assistant Chief, or Deputy Chief of Special Operations may authorize the use of robot deadly force options.”

As Guariglia further notes; The “or” in this policy (emphasis added) does a lot of work. Police can use deadly force after “evaluating alternative force options or de-escalation tactics,” meaning that they don’t have to actually try them before remotely killing someone with a robot strapped with a bomb. Supervisor Hillary Ronen proposed an amendment that would have required police to actually try these non-deadly options, but the Board rejected it.

Some highlights from Tuesday’s ‘unhinged’ meeting.

The assistant chief actually raises the hypothetical of a suicide bomber as an instance they would need to use a robot armed with a bomb. pic.twitter.com/feieZ9YdUi

The Board majority failed to address the many ways that police have used and misused technology, military equipment, and deadly force over recent decades. They seem to trust that police would roll out this type of technology only in the absolutely most dire circumstances, but that’s not what the policy says. They ignore the innocent bystanders and unarmed people already killed by police using other forms of deadly force only intended to be used in dire circumstances. They didn’t account for the militarization of police response to protesters, such as the Minneapolis demonstration with  overhead surveillance of a predator drone.

“Look, I’m a reasonable guy, BUT:
If we don’t use lethal robots, our city will become a soft target.” pic.twitter.com/aaquPVUAWW

“I hope we continue not to need it, but thank God we have this weaponry!” pic.twitter.com/pcSkYoPr28

The fact is, police technology constantly experiences mission creep–meaning equipment reserved only for specific or extreme circumstances ends up being used in increasingly everyday or casual ways. This is why President Barack Obama in 2015 rolled back the Department of Defense’s 1033 program which had handed out military equipment to local police departments. He said at the time police must  “embrace a guardian—rather than a warrior— mind-set to build trust and legitimacy both within agencies and with the public.”

Supervisor Rafael Mandleman smeared opponents of the bomb-carrying robots as “anti-cop,” and unfairly questioned the professionalism of our friends at other civil rights groups. Nonsense. We are just asking why police need new technologies and under what circumstances they actually would be useful. This echoes the recent debate in which the Board of Supervisors enabled police to get live access to private security cameras, without any realistic scenario in which it would prevent crime. This is disappointing from a Board that in 2019 made San Francisco the first municipality in the United States to ban police use of face recognition.