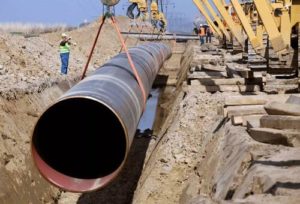 Russian media recently reported that Alexander Perov, the head of the Russian Energy Security Fund, said that Gazprom had given up on the construction of pipelines in India and Japan considering politics and cost factors.

Gazprom Vice President Yelena Bulmistrova announced at a press conference that the construction of the natural gas pipeline from Russia to India has been postponed, calling it “a route that is too capital-intensive.”

According to the report, Perov said in response to the statement made by the Gazprom representative: “Negotiating on natural gas pipelines began as early as 2017, and India supports the implementation of such projects. However, it was clear from the beginning that the project has many geographies. Political risk. The main problem is related to the area through which the pipeline needs to pass. Therefore, it is foreseeable that Gazprom, as one of the project participants, will have such a position as it is today. After properly assessing the difficulties, Russia is unwilling to accept this. Program.” 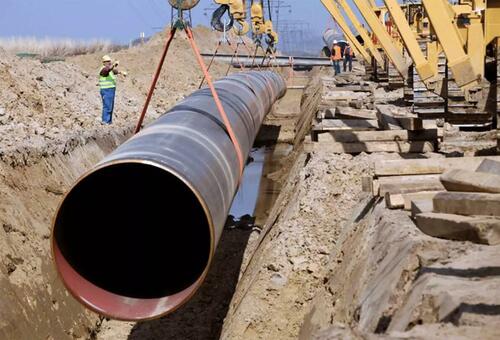 Iran first proposed the idea of laying a pipeline from Pakistan to India in 1996. At that time, the country planned to spend 7 billion U.S. dollars to build a 2,775-kilometer-long natural gas pipeline, with the South Pars producing area as the gas source. The report also said that the geopolitical differences between countries and the opposition of the United States have caused the project to be repeatedly postponed. In 2008, Washington imposed sanctions on Iran because of its dissatisfaction with Iran’s nuclear program, which further deteriorated the situation.

According to the report, many quarrels have prompted India to change its vision, terminate cooperation with Iran, and begin to develop alternative pipelines from Turkmenistan through Afghanistan and Pakistan.

Perov pointed out that if all the ideas of India are implemented, Russia will face many challenges, because the pipeline will pass through the mountains in Afghanistan, and the latter is the focus of the United States. The report quoted the expert as emphasizing: “All of this will bring high financial costs. This factor proves the correctness of the current position of the Russian multinational energy company.”

Bulmistrova also announced that the company would not consider laying the natural gas pipeline from Russia to Japan proposed in 2017. According to the report, according to the vision of both parties, the 15,000-kilometer pipeline will connect Hokkaido and Sakhalin Island at a cost of 6.7 billion U.S. dollars.

Perov pointed out that under the current decision, Russia will have a gas source problem: Russia’s gas field is difficult to support such a large-scale bilateral project. The report also said that experts believe that in order to make up for the possible losses caused by the unfulfilled plan, Gazprom needs to consider developing LNG projects in the Far East. Editor/Xu Shengpeng