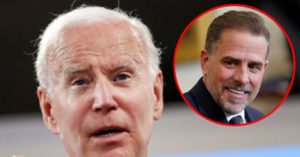 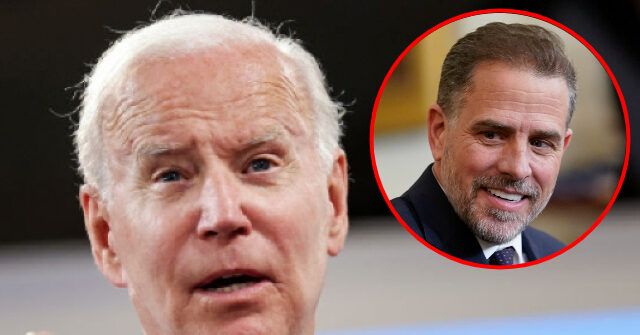 While Joe Biden and his staff have claimed at least seven times that the president has had no part in the family business, documentation on the laptop reveals he has been involved in the family business at least 18 times over nine years. The latest example comes from White House visitor logs, which show Joe Biden met with the CCP-linked executives with “just one day’s notice,” The Daily Mail reported.

In 2012, Seneca Global Advisors, Hunter Biden’s business, had a client named GreatPoint Energy that partnered with Wanxiang on a $1.25 billion natural gas plant in communist China. Chinese Vice President Xi Jinping was at the signing deal between the two entities. Wanxiang is also known for dealing with a copper mine owned by North Korea. Hunter has also been reportedly involved in the copper and cobalt mine business between a different Chinese entity and the Democratic Republic of Congo.

The deal between GreatPoint Energy and Wanxiang is notable because Hunter’s business, Rosemont Seneca Partners, also invested in the Fisker car company that was bought by Wanxiang after Fisker when bankrupt in 2013. “Hunter was listed as a creditor on its [Fisker’s] filings,” the Daily Mail reported.

According to the report, Hunter bought one of Fisker’s vehicles for $142,300, but the car had apparently failed to operate. Wanxiang’s America president, Pin Ni, who had met with Joe Biden four days prior, offered to service Hunter’s vehicle in an email discovered by the Daily Mail:

‘Last Friday when we visited DC, I heard that your Fisker is out of order and could not get serviced. Sorry,’ Ni wrote.

‘It would be our honor to get your Fisker fixed… I would like to give you a call to see what we could do as next step.

‘It would be our great honor to welcome you to visit Fisker or Wanxiang at any time.’

The emails reveal what a close relationship the Biden family had with a CCP-linked company that acquired an American company while Hunter Biden was peddling influence to then-vice president Joe Biden. According to a Harris poll, 58 percent of voters believe that Joe Biden has played a role in his family’s business. Sixty percent say Hunter Biden has sold “influence and access” to the president.

It should be noted that before Fisker bankrupt in 2013 and later sold in 2016 to Wanxiang, Joe Biden claimed to have brokered a massive deal between Fisker Automotives and an automotive plant with a taxpayer-funded loan. “In 2016, China purchased the electric vehicle company Fisker Automotive, after U.S. taxpayers had spent $193 million funding the company’s electric vehicle research,” Breitbart News reported. “Fisker Automotive was acquired at a bankruptcy auction by the China-based Wanxiang Group Corporation.”

Rep. Matt Gaetz (R-FL) exclusively revealed to Breitbart News on Monday that House Republicans are gearing up to investigate the Biden family business with the possible creation of a select committee after the GOP likely reclaims the House in midterm elections. Gaetz noted Rosemont Seneca will be a top priority for House Republicans because it may involve “highly sophisticated influence peddling” within the Biden family. It is Congress’s responsibility to pass laws that “ensure we don’t have a compromised First Family,” he added. “We need to understand how influence in our government was bought and sold through Hunter Biden’s various entities.”

But before Congressional Republicans probe the Biden family, Trump-appointed U.S. prosecutor David Weiss is investigating Hunter and associates for tax violations and lying to law enforcement about illegally purchasing a firearm, CNN reported. Assistant Attorney General for the Department of Justice’s (DOJ) National Security Division, Matthew Olsen, on Thursday confirmed to Gaetz in a congressional hearing the agency is investigating Hunter Biden.