Saturday was the first day of school for secondary aged students in Afghanistan but only boys and male teachers were allowed into the classroom.

“All male teachers and students should attend their educational institutions,” a statement from the education ministry said ahead the reopening of schools.

The Hindustan Times reported on the troubling future for girls and women now that the Taliban is in control and has vowed to run the country according to Sharia law:

The [education ministry’s] statement, issued on Friday, made no mention of women teachers or girl pupils. Secondary schools, with students typically between the ages of 13 and 18, are often segregated by sex in Afghanistan. During the Covid-19 pandemic, they have faced repeated closures and have been shut since the Taliban seized power.

The United Nations said it was “deeply worried” for the future of girls’ schooling in Afghanistan. “It is critical that all girls, including older girls, are able to resume their education without any further delays. For that, we need female teachers to resume teaching,” the UN’s children’s agency UNICEF said.

In a further sign that the Taliban’s approach to women and girls hasn’t softened, they appeared to have shut down the government’s ministry of women’s affairs and replaced it with a department meant for enforcing strict religious doctrine during their first rule.

WATCH | #Taliban have excluded girls from returning to secondary school in #Afghanistan and allowed only only boys and male teachers back to the classroom pic.twitter.com/qEcOzxFS6G

The Times reported that primary schools have already reopened and both boys and girls were “mostly attending separate classes and some women teachers [are] returning to work. The country’s new regime has also permitted women to go to private universities. School girls look out after arriving at a gender-segregated school in Kabul on September 15, 2021. (Photo by BULENT KILIC/AFP via Getty Images)

Bloomberg reported on the plight of women in Afghanistan that dates back to 1979 when Russia invaded the county and installed a Marxist puppet regime:

The status of women began to erode when the state descended into civil war between the communist troops and their opponents, including Islamist fighters called mujahedeen. After the Soviets retreated in 1989, the Taliban, which formed in the early 1990s as a movement among pious youth, eventually gained the upper hand.

They marched through the country promising peace and modern government, but the reality was different under their rule from 1996 to 2001, especially for women. They were banned from school, work, speaking in public and even from leaving their homes unless escorted by a male, and they were forced to cover themselves in the burqa, a one-piece garment that covers the entire head and body.

Penalties for violations included public lashings and death by stoning. The suicide rate among women rose. Their access to health care dropped because of the restrictions on their movements and a requirement to use women-only hospitals and wards. Women were excluded from political life, including all kinds of governance.

Afghanistan fell back into the hands of the Taliban just days after the U.S. military withdrew from the country las month, under orders from President Joe Biden.

The military withdrew before all American citizens and Afghan allies had been removed and the fate of what could be hundreds of people, including women and children, remains uncertain. 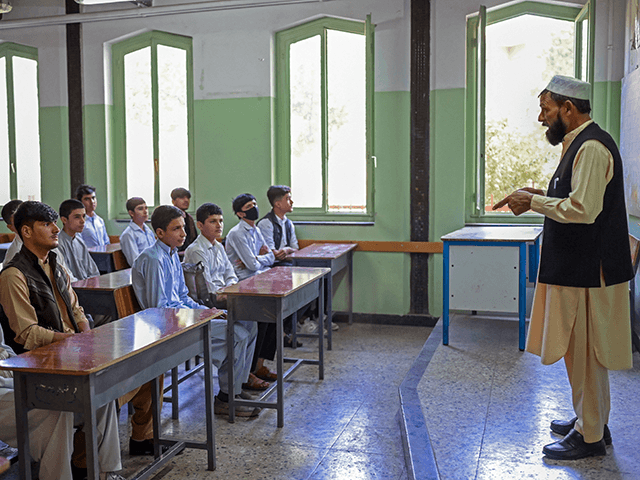