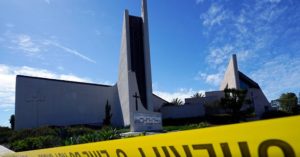 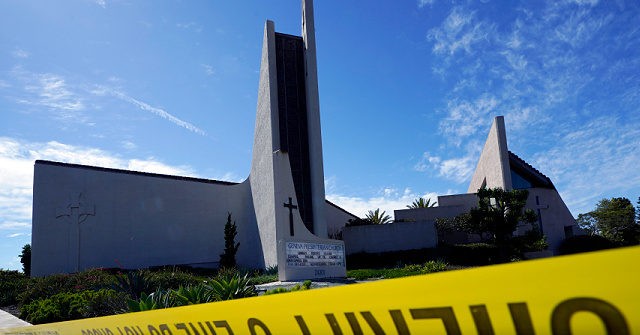 Breitbart News pointed out that five people were wounded and one person killed when an alleged gunman opened fire in the church in the early afternoon.

The Orange County Sheriff noted that four of the five wounded individuals were critically wounded.

NBC Los Angeles said law enforcement indicated that “one or more of the church congregants … acted quickly and ‘heroically’ to subdue the shooter, who was already ‘hog-tied’ with an extension cord when authorities arrived.”

The Daily Mail quoted Orange County Sheriff Jeff Hallock saying, “That group of churchgoers displayed what we believe is exceptional heroism and bravery in intervening to stop the suspect. They undoubtedly prevented additional injuries and fatalities. I think it’s safe to say that had people not intervened, it could have been much worse.’

The alleged shooter is in police custody and the weapon(s) in his possession were recovered at the scene.

AWR Hawkins is an award-winning Second Amendment columnist for Breitbart News and the writer/curator of Down Range with AWR Hawkins, a weekly newsletter focused on all things Second Amendment, also for Breitbart News. He is the political analyst for Armed American Radio and a Turning Point USA Ambassador. Follow him on Instagram: @awr_hawkins. Reach him at awrhawkins@breitbart.com. You can sign up to get Down Range at breitbart.com/downrange. 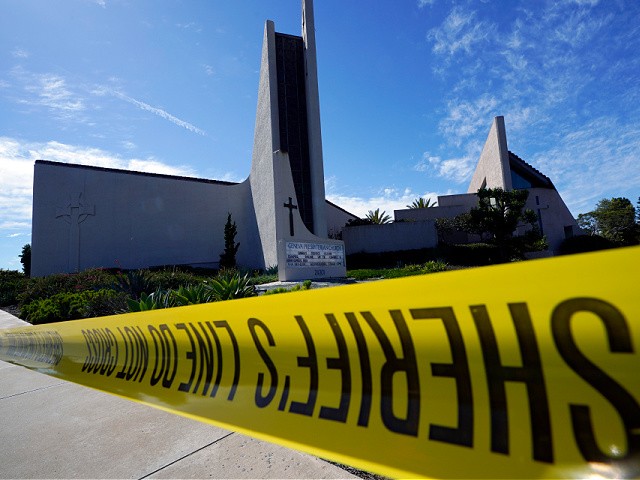