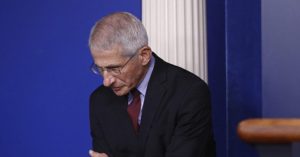 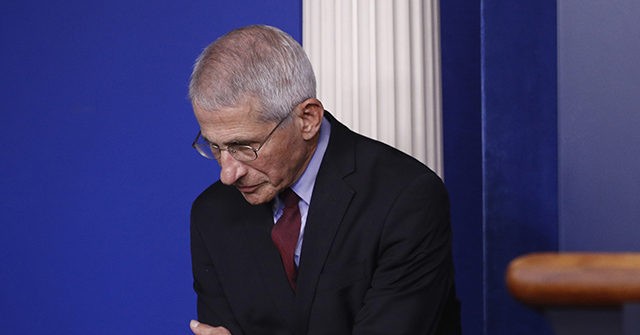 Dr. Anthony Fauci’s retirement will not stop a “full-throated investigation” into the origins of the Chinese coronavirus, Sen. Rand Paul (R-KY) warned on Monday following the director of the National Institute of Allergy and Infectious Diseases (NIAID) announcing the end of his high profile roles come December.

Fauci, who also serves as the chief of the NIAID Laboratory of Immunoregulation and as chief medical advisor to President Joe Biden, announced on Monday that he will leave his roles in December “to pursue the next chapter of my career.”

While Fauci, 81, originally suggested he would leave his post at the end of Biden’s first term in office, his announcement moves up his retirement significantly to after the midterm elections, as Republicans hope to take control of both the House and Senate.

Sen. Rand Paul (R-KY), however, warned that an early retirement will not stop Republicans in the House from putting the spotlight on Fauci as they investigate the origins of the coronavirus.

“Fauci’s resignation will not prevent a full-throated investigation into the origins of the pandemic. He will be asked to testify under oath regarding any discussions he participated in concerning the lab leak,” Paul stated:

Fauci’s resignation will not prevent a full-throated investigation into the origins of the pandemic. He will be asked to testify under oath regarding any discussions he participated in concerning the lab leak.

Paul, a longtime critic of Fauci, has warned that a GOP majority in the House could lead to such investigations into the origins of the virus — a topic he has warred with Fauci over.

Paul had a tense exchange with Fauci in November 2021 over Fauci essentially changing the definition of gain-of-function research to better suit his purposes.

“We’re aware that you deleted gain-of-function to the NIH website,” Paul said during the exchange, as it is clear that the National Institutes of Health (NIH) did, in fact, fund gain-of-function research at the Wuhan lab:

You’re simply saying it doesn’t exist because you changed the definition on the NIH website. This is terrible and you’re completely trying to escape the idea that we should do something about trying to prevent a pandemic from leaking from a lab. And what you’ve done is change the definition on your website to try to cover your ass, basically. That’s what you’ve done, you’ve changed the website to change the definition that doesn’t include the risky research that’s going on. Until you admit that it’s risky, we’re not going to get anywhere. You have to admit that this research was risky. The NIH has now rebuked them, your own agency has rebuked them. You’re still unwilling to admit that they gained in function when they say they became sicker. They gained in lethality. It’s a new virus. That’s not gain-of-function?

“I stand by my statement. The statements made on repeated occasions to the public, to the present policymakers, by the NIH and director Dr. Fauci have been untruthful,” Ebright said. “I do not understand why those statements are being made because they are demonstrably false.”