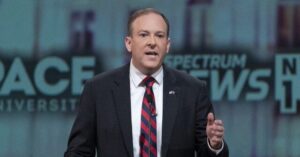 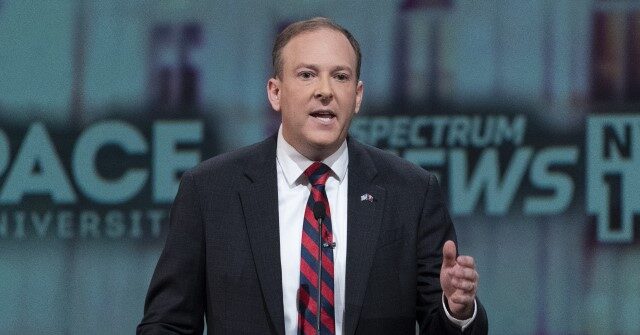 New York Democrats’ concerns stem from rising crime across New York City and the state as a whole, which is becoming more of a focus for voters as Election Day draws closer.

For example, an October poll found that 77 percent of Americans see violent crime as a significant problem in the country. In addition, a recent Pew Research Center poll found that black voters, who historically are a solid blue voting bloc, are concerned about violent crime more than other ethnic groups, with 81 percent of black Americans seeing it as a very important issue when considering who to vote for next week.

When looking at who voters blame the ongoing crime wave on, an October Harvard/Harris poll found that 64 percent of voters say, “woke politicians” are responsible, with a majority of Democrat voters feeling that way too.

However, while Democrats pivot away from crime or blame conservative media outlets like Fox News for highlighting the problem, they are worried the messaging on crime will encourage voters to choose Republicans at the ballot box next week.

But going into Election Day, New York Democrats worry about a double whammy from how they’ve struggled to address crime: Swing voters turned off by Democratic Gov. Kathy Hochul and suburban House Democrats go vote Republican, while base Democrats in the city, dejected by talk of how awful things are, don’t turn out at all.

Manhattan borough president Mark Levine, a Democrat, urged members of his party to “talk about” crime and “offer real solutions.”

Retiring Rep. Kathleen Rice (D-NY) spoke with CNN about how rising crime has New York voters concerned about their state, telling the outlet, “People want to feel safe first before they go to a club.”

Rice also said New York City Mayor Eric Adams (D) “hasn’t shown he has focused on the issue enough for it to have made a difference.”

Adams, a Democrat who was elected last year on a tough-on-crime platform, is now a roadblock to driving voters to vote blue, according to some Democrats.

One New York Democrat operative said Adams “was an essential validator in the city to make their attacks seem more legit and less partisan,” when speaking to CNN about how the mayor played into right-wing narratives on crime.

According to Rep. Mondaire Jones (D-NY), “the concern over crime is real.” Still, he wants to “have an honest conversation about how Democrats like Eric Adams have validated a hysteria over crime that is uninformed and that has been debunked” after the midterm elections.

Regardless of how some Democrats feel about the crime wave in New York or Adams’ impact on the narrative, Democrats are now playing defense in the gubernatorial election and several high-profile congressional races, including the seat held by Democrat Congressional Campaign Committee chairman Rep. Sean Patrick Maloney (D-NY).

A poll released Monday found that Zeldin is now ahead of Hochul by a slim margin, which prompted the Democrat Governors Association to funnel an undisclosed amount of money into Hochul’s race at the last minute, despite previously planning not to spend anything on the New York race.

In what seems to be a last-ditch effort at saving the seat, Vice President Kamala Harris flew to New York to campaign for Hochul on Thursday, and President Joe Biden will travel to the Empire State to do the same on Sunday.