NYC Subway Shooter Who Killed Goldman Banker Had "About 20 Prior Arrests", Including Murder Charge From 2017 • JoshWho News

NYC Subway Shooter Who Killed Goldman Banker Had “About 20 Prior Arrests”, Including Murder Charge From 2017 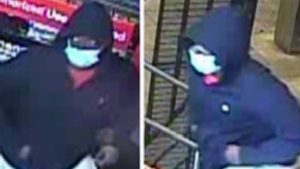 Just two days ago we reported about the unfortunate death of a Goldman Sachs analyst, who was shot dead on the northbound Q train as it passed the Manhattan Bridge.

Daniel Enriquez, who joined Goldman’s research division in 2013, was shot in the chest in an unprovoked attack. According to NYPost at the time, the family of Enriquez had only one message for Mayor Eric Adams:

“Do your job … Get crime off the streets.”

And they make a crucial point, especially as it relates to this specific attack. Why? Because it was revealed in follow up reporting yesterday that the suspect, 25 year old Andrew Abdullah of Brooklyn (who has now been placed in custody), had “about 20 prior arrests” for “assault, robbery, menacing and grand larceny”, ABC News reported this week. ‘

In fact, the same report notes that he has “three cases that are still pending, including an April arrest for fourth-degree criminal possession of stolen property for allegedly being found with a stolen motorcycle, as well as a June 2021 arrest for violating a protective order and March 2021 arrest for assault.” 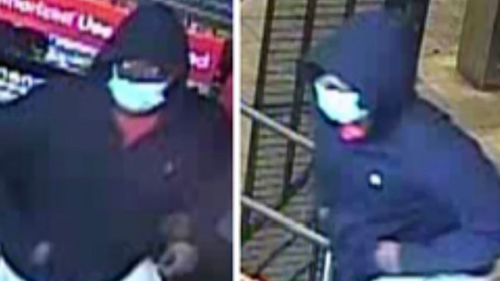 But wait…that’s not all. According to ABC:

In January 2020, Abdullah was arrested as part of a gun-related case and in May 2017 he was charged with second-degree attempted murder as part of an 83-count federal indictment of the Harlem-based street gangs Fast Money and Nine Block. Abdullah was sentenced to three years in federal prison, but served just four months before being released in 2019.

“We are devastated by this senseless tragedy and our deepest sympathies are with Dan’s family at this difficult time,” Solomon said in a statement.

Sunday’s train attack comes a little more than a month after the shooting in April on the N train left nearly two dozen people injured. Confidence in riding public transportation has plummeted as violence soars across the city.

Meanwhile, delusional Mayor Eric Adams has been focused on trying to get JP Morgan CEO Jamie Dimon to ride the subway to work in the morning. Maybe he should focus on cleaning up the streets so that people with 20 prior arrests aren’t wandering free – and then Dimon will consider his offer.