No Joke: Supreme Court Case Could Take A Big Bite Out Of The First Amendment • JoshWho News

No Joke: Supreme Court Case Could Take A Big Bite Out Of The First Amendment 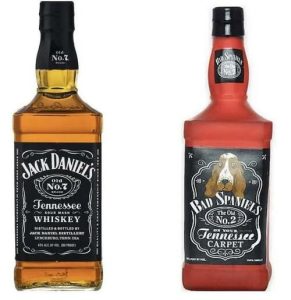 Below is my column in The Hill on what is shaping up to be a major Supreme Court term on the issues of parody and satire under the First Amendment. The Court could reframe the constitutional limits for criminal and civil liability in two cases currently on the docket, including one recently granted review. Here is the column:

The court system often is where humor goes to die. For those seeking to use satire or parody of corporations, jokes often run into trademark or other lawsuits and result in a little more than “ha, ha, thump.”

The same bad audience could await the defendant in Jack Daniel’s Properties Inc. v. VIP Products LLC. The Supreme Court just accepted a case involving a tongue-in-cheek dog chew toy made to resemble a Jack Daniel’s whiskey bottle. VIP prevailed in defending the toy as protected speech, but the distiller wants the Supreme Court to declare such parodies to be trademark violations.

The docket this term is actually a hoot of parody cases.

Another pending case is Novak v. City of Parma, in which Anthony Novak was prosecuted for posting a parody of the website of his local police department. He was charged with (and later acquitted of) a felony under an Ohio law prohibiting the use of a computer to “disrupt” or “interrupt” police functions.

The satirical site, The Onion, has filed a brilliant parody brief to support the right to parody. The Onion regularly publishes funny fake news stories and, true to form, filed a brief as the self-described “world’s leading news publication” offering “universally revered coverage,” and noting it is the “single most powerful and influential organization in human history.” It told the court that its “more than 350,000 full- and part-time” staff members are renowned for “maintaining a towering standard of excellence” in journalism. (It added that it “owns and operates the majority of the world’s transoceanic shipping lanes, stands on the nation’s leading edge on matters of deforestation and strip mining, and proudly conducts tests on millions of animals daily.”) It was a tour-de-force on the value of satire to make profound legal and political points. 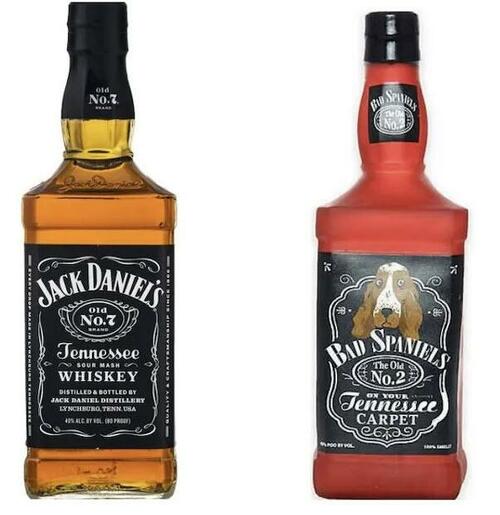 The court has yet to decide whether to take the Novak case, but it has accepted the Jack Daniel’s case. The distiller sued VIP over its introduction of the Silly Squeakers “Bad Spaniels” rubber squeaky toy. The toy is shaped like a whiskey bottle with a cartoon spaniel on the front and the caption: “Bad Spaniels, the Old No. 2, on your Tennessee Carpet.” On the back is a small disclaimer reading: “This product is not affiliated with Jack Daniel’s Distillery.”

That clearly was not enough for the distillery, which argued that people would be confused by the parody. While the district court originally ruled with Jack Daniel’s, it was reversed by the U.S. Court of Appeals for the Ninth Circuit. The chew toy was ruled (correctly, in my mind) to involve “new expressive content” and to be protected under the First Amendment.

The Supreme Court has recognized that satire and parody have long played a key role in political discourse stretching back to ancient Greece. In 1988, the court handed down the important free-speech decision in Hustler Magazine v. Falwell, holding that an offensive cartoon of Rev. Jerry Falwell was protected under the First Amendment from civil liability.

A chew toy is obviously not the type of “slashing and one-sided” political commentary which the court found in the Hustler case.

However, the distiller is advancing a claim that would chill the use of any common image in a parody or satire, even though no reasonable person would confuse the products.

At issue is the Ninth Circuit’s highly protective free-speech test for trademark claims where a company argues that a product “tarnishes” its image. The Ninth Circuit has held that the “referential and cultural icon requirements” just have to be “above zero” to be protected under the First Amendment.

The district court originally objected that, once a court finds that a parody is protected speech, companies have little ability to overcome free-speech objections. It found that the Bad Spaniels toy was not an artistic or expressive work and was not entitled to protection under the First Amendment. But the Ninth Circuit reversed and remanded, finding it to be expressive speech protected by the First Amendment.

On remand, the district court found that standard was made because, as it said, “A parody functions just like a mash-up. It modifies and plays with the elements of an original work to express something new and different.” Three other circuits have rejected this approach. Yet, in the absence of congressional action (which is unlikely, given the power of corporate lobbies), the Ninth Circuit offers greater clarity and space for free expression.

Parody and satire also face threats from other legal actions, particularly tort actions over the appropriation of names or likenesses (called the right to publicity). The courts, including the Ninth Circuit, have made a distinctly unfunny mess of such cases. Past tort cases generally have favored celebrities and resulted in rulings like White v. Samsung, a perfectly ludicrous ruling in which Vanna White successfully sued over the use of a robot with a blonde wig turning cards as the appropriation of her name or likeness. It appears no blonde being — robotic or human — may turn cards on a fake game show.

The court’s term could prove to be the most important docket on parody and satire in decades. It may prove less protective on trademark actions (like Jack Daniel’s) than criminal matters (like Novak). However, this involves more than a canine chew toy — it will impact a wide range of creative expression using common cultural images or references.

This dog toy was an obvious parody and expressly included a disclaimer of any connection to the distillery; it neither confuses consumers nor tarnishes the Jack Daniel’s trademark.

A lack of sense of humor, not a lack of sufficient clarity, drove this litigation – but make no mistake: If this little chew toy is found to be a trademark violation, the court may take a big bite out of the First Amendment.