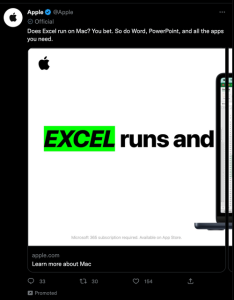 The comments follow Musk’s rant against Apple, Twitter’s top advertiser, last Monday when he said the company threatened to remove the social media platform from its App Store without explanation and dialed back most advertising on Twitter. By late week, Musk visited Apple CEO Tim Cook and said the two had a “good conversation” and “resolved the misunderstanding about Twitter potentially being removed from the App Store.”

On Saturday, Apple ads started reappearing on feeds, a clear sign the world’s most valuable company restated its advertising program. 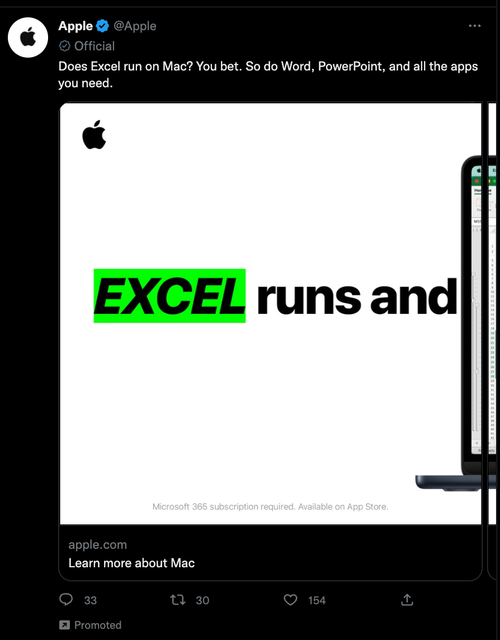 Musk was speaking to at least 2 million people on Twitter Space when he made the announcement but didn’t elaborate anymore.

Just a note to thank advertisers for returning to Twitter

Since Musk’s takeover, many companies have suspended advertising on the platform because they feel it is not a safe space for brands.

Amazon is also planning to resume advertising on Twitter at about $100m a year pending some security tweaks to the company’s ads platform, per a source familiar with the situation. https://t.co/VWQJX4HZEp

Reuters noted a recent letter sent by Twitter to advertising agencies offered incentives to increase their spending on the social media platform.

Twitter billed the offer as the “biggest advertiser incentive ever on Twitter,” according to the email reviewed by Reuters. U.S. advertisers who book $500,000 in incremental spending will qualify to have their spending matched with a “100% value add,” up to a $1 million cap, the email said.

Apple and Amazon are restarting advertising campaigns on Twitter, providing further indications of de-escalation after chaos erupted on the social media platform as Musk rids it of censorship towards one that embraces free speech.