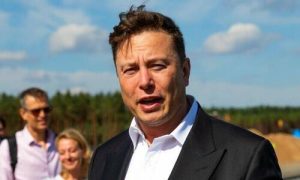 Authored by Tom Ozimek via The Epoch Times (emphasis ours),

Elon Musk has confirmed that political candidates were shadow banned by Twitter while running for office, in the latest revelation on the social media giant’s meddling in conversations of public interest, including by putting disfavored users on blacklists and suppressing distribution of their tweets.

Following the release of the second part of the “Twitter Files,” which revealed the social media giant put users on secret blacklists and used other shadow banning tools, Musk was asked by political commentator Ian Miles Cheong if political candidates were also subject to such censorship.

“So here’s a question for @elonmusk and @bariweiss: were any political candidates — either in the US or elsewhere — subject to shadowbanning while they were running for office or seeking re-election?’” Cheong asked in a tweet, tagging both Musk and journalist Bari Weiss.

“Yes,” Musk replied, confirming that Twitter has, as many have alleged, put its finger on the scale of conversations that were of importance to public interest, including in the context of elections. 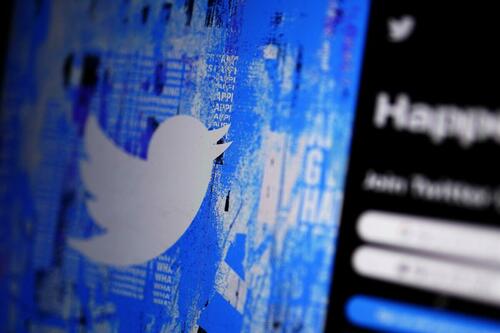 Musk did not go into further detail but he has previously said that Twitter had “failed” to be impartial in content moderation and “interfered in elections.”

“The obvious reality, as long-time users know, is that Twitter has failed in trust & safety for a very long time and has interfered in elections,” Musk said in a Nov. 30 post on Twitter.

In that message, Musk was responding to criticism from Twitter’s former head of site integrity Yoel Roth, who said during a recent interview at the Knight Foundation conference that he didn’t believe safety had improved on Twitter after Musk’s takeover.

Roth also said that he thinks Twitter blocking the explosive Hunter Biden laptop story ahead of the 2020 presidential election was a mistake.

In the run-up to the 2020 election, the New York Post published a story about a laptop abandoned at a computer repair shop that purportedly belonged to Hunter Biden and contained emails suggesting that then-candidate Joe Biden had knowledge of, and was allegedly involved in, his son’s foreign business dealings.

President Joe Biden has repeatedly insisted he had no knowledge of or involvement in his son’s business operations.

Weiss, founder and editor of The Free Press, released the second volume of the so-called “Twitter Files” on Dec. 8, revealing the social media platform’s “secret blacklists.”

Weiss has been working with Musk and independent journalist Matt Taibbi to disclose internal Twitter information regarding censorship.

Twitter’s censorship methods, according to Weiss, included placing specific users on a “Trends Blacklist” or a “Search Blacklist.”

The popular Libs of TikTok account, as well as Dr. Jay Bhattacharya, professor of medicine at Stanford University School of Medicine, are among the users who were secretly added to the “Trends Blacklist” by the company.

Bhattacharya was put on the list because he stated that children would be harmed by COVID-19 lockdowns. This action stopped his tweets from trending, Weiss said.

Weiss also noted that conservative activist Charlie Kirk, founder of Turning Point USA, was put on a “Do Not Amplify” list.

4. Or consider the popular right-wing talk show host, Dan Bongino (@dbongino), who at one point was slapped with a “Search Blacklist.” pic.twitter.com/AdOK8xLu9v

The second installment comes just a week after Taibbi published, with Musk’s endorsement, details about the social media platform’s decision to suppress the New York Post’s report on the contents of a laptop tied to Hunter Biden.

Republicans had long accused Twitter—and some media outlets—of suppressing the Hunter Biden laptop story, which included reporting that bolstered claims that the president lied when he said he had no involvement in his son’s overseas business dealings.

In order to suppress the Hunter Biden report, Twitter executives marked it as “unsafe,” limiting its spread, and even blocking it from being directly shared via the platform’s direct message function, Taibbi said in comments on the first installment of the disclosures. He also noted that such extreme restrictions were normally reserved for content such as child pornography.

Weiss, in comments on the latest Twitter Files release, detailed various ways that Twitter employees acted to suppress speech on the platform.

“A new #TwitterFiles investigation reveals that teams of Twitter employees build blacklists, prevent disfavored tweets from trending, and actively limit the visibility of entire accounts or even trending topics—all in secret, without informing users,” Weiss said on Twitter.

“Twitter once had a mission ‘to give everyone the power to create and share ideas and information instantly, without barriers.’ Along the way, barriers nevertheless were erected,” she added.