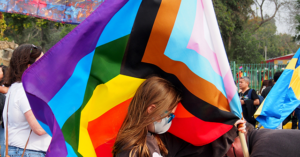 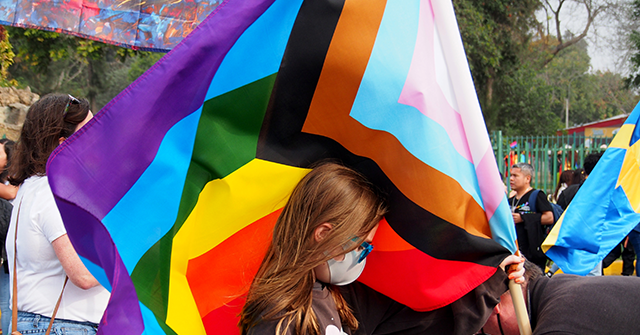 Many parents are running for school boards, homeschooling, and even pushing for a legislative crackdown to defend their children from transgender, queer, and other sexual activists in the classroom.

But some parents, particularly mothers, seem to be whole-heartedly embracing the idea that their children are fully capable of deciding what sex they are — and some even encourage such behavior, as evidenced by recent news stories.

In June, the Today Show ran a story about a nine-year-old boy who believes he is a girl. His mother can be seen mouthing her son’s words as he answered the reporter’s questions as if she knew what he was going to say ahead of time.

The child’s mother, Beth Clawson, told CBS News in July that her young child has supposedly taken an interest in politics and even wrote a letter to Indiana lawmakers about a bill that would bar boys from playing girls’ sports.

“She’s listened to every single thing that the senators and representatives have said about her – positive and negative,” Clawson said, essentially admitting that she exposes her child to transgender politics. “She’s tougher than we are, I think.”

Another story went viral last week, showing a mother and grandma helping a four-year-old child hold a “gender reveal” at the Vancouver Pride Parade in Canada.

A 4-year-old had a gender reveal and came out as transgender at a pride event. pic.twitter.com/cX4Ll4uS1Z

“He refused to shop in the girl’s section, but was too nervous to shop in the boys,” she said. “After lots of expressing his feelings and emotions with me, he decided that he wanted a new wardrobe so we set out to find our new style.”

“We made an appointment with Lia at Big Bros Barbershop, a trans-owned and operated salon in East Vancouver,” his mom said. “After leaving the salon that afternoon, Charlie was a completely new child.”

Those recent media stories could be examples of what some call “transhausens by proxy,” Candice Jackson, a Trump-era former acting assistant secretary for the Education Department’s Office for Civil Rights (OCR), told Breitbart News. The phrase is a play on a disorder called Munchausen syndrome by proxy (MSP), which the Cleveland Clinic defines as a “mental illness in which a person acts as if an individual he or she is caring for has a physical or mental illness when the person is not really sick.”

“The term ‘transhausens by proxy’ is being used to describe mothers who seem extremely invested in ‘transing’ their young children. I think the trend is more complex than that, but at the heart of it is a paradoxical desire to have a very ‘special’ child, but from within an extremely regressive framework — if my child is a boy who ‘acts’ like a girl, then my son is actually my daughter,” Jackson said.

“Then, making sure the world validates what becomes a mama-bear crusade that mom can fight for — in school, in the media, in the medical field,” she added.

Jonathan Uhler, a licensed counselor in two states who has worked with troubled youth as well as sex abuse victims and sex offenders, expanded on Jackson’s analysis.

“Clinically speaking, at the very least these mothers have what is called technically called Factitious disorder imposed on another (FDIA), formerly Munchausen syndrome by proxy (MSP),” Uhler told Breitbart News. “In most cases, you are likely to find a mother who meets the criteria for Narcissistic Personality Disorder. However, in my clinical estimation, the earlier the parent transitions the child, you will tend to find a greater evidence for Narcissistic Personality Disorder.”

Uhler said that “even more concerning are the men” in these children’s lives, “as they seem to be strangely passive or unquestioningly agreeable, as they watch their children being moved [forward] by the mothers.”

This raises additional concerns in my estimation about these fathers, as moving a child into the Trans Movement increases the likelihood that they will become easy prey for sexual predators… given the child will have has his/her intuition compromised, thus making it difficult to discern when their sexual boundaries are being crossed in a Movement fixated on gender and sexuality.

He added that in some cases, concern could be higher because there could be “active efforts to distort their sexual boundaries by parents or caretakers who are involved in allowing their kids to be sexually used and exploited for profit or other kinds of gain.”

“It is not uncommon for these children to be made available to very deviant unrelated men, as in the sad case of young Amazing Desmond,” he said, referencing a child known as “Desmond the Amazing” who at the age of 11 made headlines for dancing on stage at a New York gay bar while adult men tossed dollar bills at him.

The push for parents to “affirm” their child’s “gender identity” comes from far-left activists, pro-transgender medical associations, and not least of all, the Biden administration.

The Biden administration, since its inception, has unashamedly pushed “gender-affirming care” for confused youth — a far-left euphemism for puberty blockers, hormone treatments, and mutilating surgeries. The administration is currently appealing a district court decision in order to force doctors to perform gender transition procedures on children.

The Biden administration is also actively working to ban “conversion therapy,” though the definition differs from its historical origins and is broadened to include gender identity. Under that definition, any effort on the part of therapists to counsel children and teens who are troubled by unwanted same-sex attractions or gender dysphoria could be considered “conversion therapy.”

Even closer to home, President Joe Biden has gone as far as telling parents to embrace gender ideology, and claimed without evidence that “affirming your child’s [claimed transgender] identity [is] one of the most powerful things you can do to keep them safe and healthy.”

Uhler warned that “the serious mental, emotional, and psychological damage being inflicted upon these children by such parents cannot be overstated.”

“One look at the poster child of the Trans Movement, Jazz Jennings, and the damage becomes unmistakable, as is clearly evident in Jazz’s obesity, and serious depressive episodes,” he said. “These mothers take things to a very dangerous level in terms of damaging a child’s normal personality, emotional, psychological, and sexual development, ultimately overriding the child’s intuition and personal boundaries.”