Midterms No Mandate For Another Biden Run • JoshWho News

Midterms No Mandate For Another Biden Run 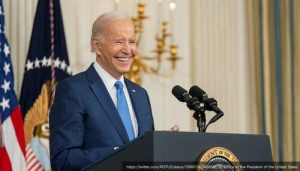 Democrats face an inflection point, though they are trying not to face up to it. Surprising results in the November elections, producing a cloudy picture for both parties, have quieted a push to get President Biden to forgo a second term. But the liabilities of the GOP do not make Biden more popular; nor do they make him younger. 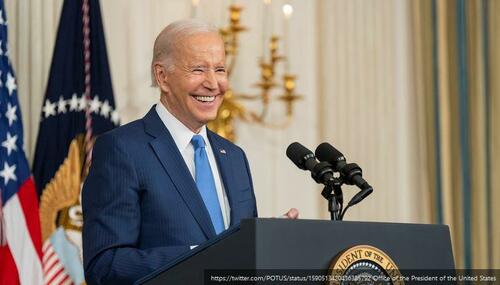 A split decision at the ballot box has Democrats cheering, but they have lost control of the House, and Biden’s job approval ratings are still nothing to crow about. Republicans underperformed because of the Dobbs ruling by the Supreme Court, and because of the extreme candidates backed by Donald Trump, when they should have won big. Democrats were not saved from a red wave because voters liked all the bipartisan bills they passed or that gasoline prices went down here and there. Record high inflation, a crisis at the border, and rising crime remain resonant issues with voters and still pose problems for the Democratic Party.

Yet Democrats seem to have backed down from the urgency of finding a new presidential nominee for their party in 2024. Talk of who could replace Biden – and when and how – had consumed Democrats throughout the summer and fall. They were not only anticipating a bad election, and a pivot point for the party, but whether House Speaker Nancy Pelosi would relinquish power as well, and support a new general of leadership for House Democrats. She did. And as I wrote in July, Biden should soon tell the country he will leave office in January of 2025.

The purple wave that helped Democrats mitigate their losses seems to have weakened Trump and strengthened Biden – the opposite of what was expected, particularly had Trump’s senate candidates prevailed. Trump announced his third presidential campaign anyway, but his diminished standing with GOP elites – combined with the midterm results – seems to have stiffened Biden’s spine about facing off against Trump once again in 2024.

Another campaign for Biden may even be a sure thing. “Those close to the White House say that, at this point, they expect only a family emergency or a personal health issue would change Biden’s mind about seeking re-election,” NBC reported, adding that Biden plans travel to potential battleground states and that advisors are reaching out to supporters “all in advance of a campaign launch early next year.”

Right on cue Democrats are talking comfortably again, even publicly, about a second Biden campaign. Before the election, Democrats believed Biden could face a primary challenge, but now some potential contenders are swearing off running against him. California Gov. Gavin Newsom and Illinois Gov. JB Pritzker have both said they won’t run if Biden does. “I think the president is running for re-election. So I think you’ll see Democrats supporting the president,” Pritzker told the New York Times. Newsom, who most Democrats assumed has been building a campaign-in-waiting, told Politico he assured the president, as well as his wife, that he wasn’t running if Biden ran or if he chose not to.

“He not only beat Trump once, I think he can beat him again,” Newsom said. “I hope he runs, I’ll enthusiastically support him.”

Biden himself is reportedly having conversations with his family, which started over Thanksgiving, about whether to run again. He has said running is his “intention” but has also said he wasn’t certain and would make an announcement early next year.

At 80, Biden is already America’s oldest president. The office has visibly aged him. He and Democrats aren’t talking about him launching a campaign for an election to serve two more years, but to serve another six years. Biden is not even halfway through his term. The worst thing for the party is for Biden to pretend that a visibly fatigued 82-year-old man, even if his stamina was not further degraded whatsoever by the next two years, can promise to lead the free world in the most grueling job on the planet until his 86th birthday. Biden running and having to quit, or serving and having to quit, because of his health is a foreseeable, avoidable problem for Democrats. The risk this poses is not worth the advantages Biden’s incumbency would afford him in a reelection campaign. Moreover, if Biden runs and appears physically weaker late next year it is likely someone could jump in to challenge him. That is a bad scenario for the Democrats, no matter who that is or how it turns out.

Plus, there was no blue wave, either. The 2022 elections did not affirm support for Democrats, their policies, or the president. Frustrated voters unhappy with Biden and Democrats retained a near status quo in Washington, angry over abortion and afraid of some freaky Republican candidates they couldn’t trust in office.

In an interview, pollster Stanley Greenberg told the New York Times that his surveys show continued vulnerabilities for Democrats, and he thinks “we need a new voice to address huge challenges but also huge opportunities.”

The sooner the next crop of Democrats capable of leading their party can begin to campaign openly for the 2024 nomination, the better off the party will be. Dragging that process out, and risking an emergency, is not a position a strong leader would leave his party in. Pelosi likes to say that power is not given, it is taken. But last month she gave hers away. If it wasn’t the best thing for her, it was still the best decision for her party. Biden should do the same.