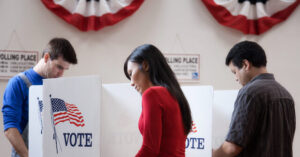 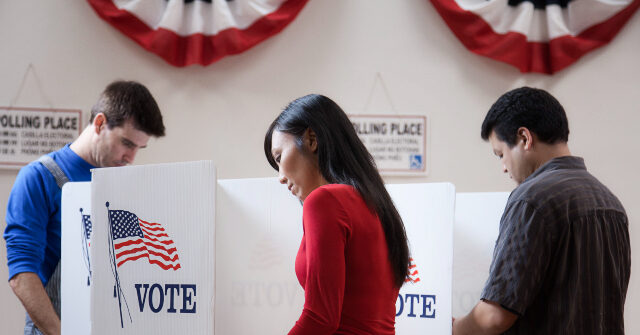 The establishment media has been forced to acknowledge this week that Democrats are in danger of being swept by a huge red wave come November 8.

While the media praised President Joe Biden and the Democrats just a few weeks ago for a “winning streak of successes” and a stalled red wave that had “faded substantially,” the media have begun to admit that Democrats are in real danger of losing both chambers of Congress.

But the Democrats’ so-called string of “successes” have appeared to fade in the memory of the media elites, while Republican candidates have gained undisputed momentum, causing the media to almost completely change its tune. Instead of hyping Democrats, it appears to be ringing the alarm to alert Democrats of impending doom.

On Wednesday, New York Times reporter Blake Hounshell wrote an article, “Democrats’ Feared Red October Has Arrived.” The article described a midterm election cycle that is not “shaping up” to fulfill Democrats’ fantasies.

“Here’s the thing about elections: When they break, they usually break in one direction. And right now, all the indicators on my political dashboard are blinking red — as in, toward Republicans,” he wrote. “For Democrats hoping that this midterm election might be different from most others, normalcy is bad news.”

“The Senate, where Democrats have huge cash advantages in races that are driven much more by personality, still looks like a tossup,” Hounshell complained.

Polling suggests that every Senate battleground state is in play for Republicans, though Democrats are well behind in states they need to retake, such as Florida, North Carolina, and Wisconsin. In contrast, Republicans are performing well in Nevada, Georgia, and Ohio. Pennsylvania, New Hampshire, and Arizona are all within the margin of error with still 17 days until election day.

Hounshell was not alone in his analysis. Wall Street Journal reporter Aaron Zitner admitted in an article entitled, “Republican Midterm Prospects Brighten in Closing Weeks of Election,” that any positive momentum for Democrats in past weeks is over:

A surge of good news for Democrats in the summer and early fall, as well as a burst of Democratic engagement in the election after the Supreme Court ended federal abortion rights in June, appears to have given way to the factors that traditionally weigh on the president’s party in a midterm election.

Democratic leads in many Senate races have declined, according to aggregated polls, and Democratic candidates now trail in surveys in Wisconsin and Nevada, where they were once ahead. Control of both chambers hangs in the balance.

In the Hill, reporter Caroline Vakil even went so far on Friday as to acknowledge the Republican wave “threatens blue-state strongholds” in states like New York, Washington State, Rhode Island, Colorado, and Oregon. It should be noted Biden visited Oregon last week to vouch for the Democrat gubernatorial candidate over the surging Republican challenger, Christine Drazan, a sign Republicans could unexpectedly flip some blue seats.

“Democrats are increasingly worried that Republicans will make gains in deep-blue strongholds such as New York and Oregon as the winds appear to shift in the GOP’s favor ahead of next month’s midterm elections,” Vakil wrote. “The GOP is making competitive bids to take back governorships in both states, which reliably go for Democrats in presidential elections. The Republican gains could also extend to the House, where the GOP is making inroads in the aforementioned states, along with Rhode Island and others.”

When White House press secretary Karine Jean-Pierre was questioned about why Biden was defending typically blue areas of the nation, she said Biden wanted to speak to the “successes” the administration has had. “We’ve been very clear that the president is going to go out, the vice president is going to go out,” Jean-Pierre said about the trip. “They’re going to talk about the successes that we have seen in this administration in the last 19 months.”

It is not clear what successes Biden has had in reducing inflation, the number one issue in every Senate swing state. According to September’s Consumer Price Index (CPI), inflation rose 8.2 percent compared to a year earlier. A recent Heritage Foundation study shows wages for American families are down $6,000 after adjusting for inflation, an increase from an earlier estimate that put the decline in real wages at $4,200.

Recent polling shows that 93 percent of registered voters are concerned about soaring inflation and the poor economy with the midterm election just 20 days away. Eighty-one percent say the economy will be a “major” factor in how they vote. Eighty percent say the same about inflation.