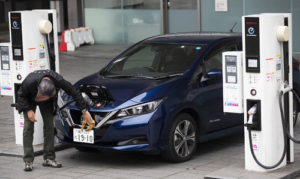 Just days ago, we reported that the UK was looking to raise more tax revenue from electric vehicles, shattering the years-long assumption that if you contributed to “helping the environment” by buying an EV, you’d be entitled to subsidies and tax credits.

The country’s internal affairs ministry is reportedly weighing whether or not to raise taxes on electric vehicles in order to make up for a shortfall in income from taxes on traditional gas powered cars, Bloomberg reported Thursday morning.

Currently, electric vehicle owners pay a flat fee of 25,000 yen per year to local governments, but the ministry is interested in potentially altering this framework for vehicles that have “higher output motors”, the report says.

The ministry will reportedly ask the ruling coalition to “consider the change” for inclusion in the 2023 tax code, Bloomberg reports. Even then, the change could take several years to come into effect. 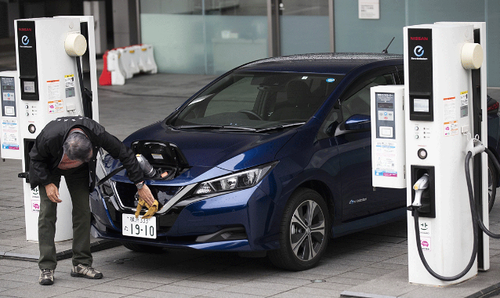 Recall, we wrote back on November 5 that UK chancellor Jeremy Hunt is expected to put an electric vehicle excise tax in place by 2025-2026.

This month’s Autumn Statement will include the measures, according to FT, who said people familiar with the road tax is part of a larger plan to address a fall in motoring tax revenues caused by the shift to EVs, which leave out fuel-related taxes.

More than 1 million EVs on the roads of the UK could wind up being affected. As is the case globally, sales of EVs continue to accelerate, with about 15% of new vehicles sold so far this year moving away from traditional ICE power.

How soon before the U.S. follows suit?