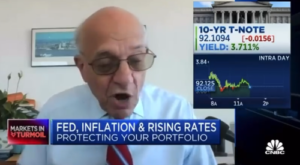 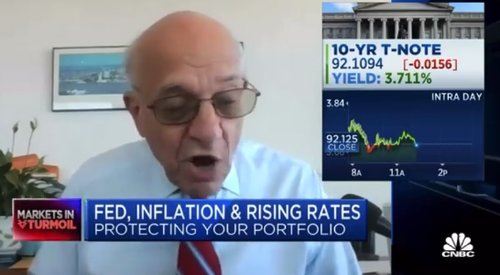 Appearing on CNBC as the market melted down, the longtime market guru argued that the Fed made a massive error last year by not moving to tighten monetary policy before inflation got out of hand – and then mocked Powell and crew for assuming inflation would simply fade away on its own.

“When we had all commodities going up at rapid rates, Chairman Powell and the Fed said, ‘We don’t see any inflation. We see no need to raise interest rates in 2022.’

Now when all those very same commodities and asset prices are going down, he says, ‘Stubborn inflation that requires the Fed to stay tight all the way through 2023.’ It makes absolutely no sense to me whatsoever,” Siegel said during CNBC’s “Halftime Report.”

Siegel expects central bank errors to hit working and middle-class Americans in what he thinks will be a serious recession – and that instead of continuing to hike rates to tame inflation, the Fed should let falling commodity prices shoulder more of the burden.

“I think the Fed is just way too tight,” he said, adding “They’re making exactly the same mistake on the other side that they made a year ago.”