If You're In The Market For A Boat, Consider Paul Allen's $90 Million Superyacht • JoshWho News

If You’re In The Market For A Boat, Consider Paul Allen’s $90 Million Superyacht 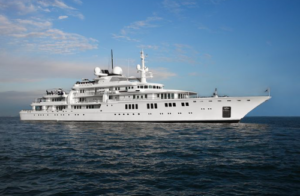 If you’re in the market to buy a boat that’s slightly larger than your traditional fishing boat, why not consider the late Paul Allen’s second superyacht. The 303 foot yacht has just hit the market and the asking price is only a cool $90 million.

The name of the boat is “Tatoosh” – it’s a 22 year old yacht that has five decks, two helipads and a jetted, heated pool – among other features, according to Bloomberg. It’ll be the belle of the ball at this year’s Monaco Yacht Show, where it’ll be available for viewings.

The sale of the yacht marks the continued liquidation of assets from Paul Allen’s estate, after the 65 year old passed away from complications from cancer at the age of 65. His entire fortune is estimated to be about $26 billion.

So far, according to Bloomberg, his estate has sold about $350 million worth of property, include his homes. Later this year the estate will auction off a 150 piece art collection that is estimated to be worth $1 billion. 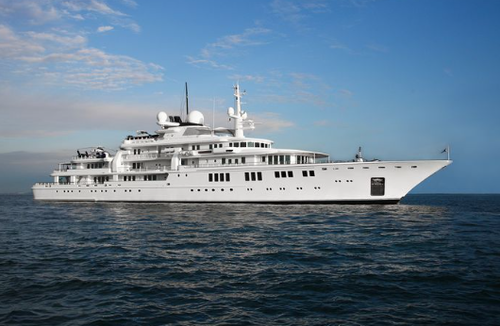 Bloomberg writes that Allen was the world’s 27th-richest person at the time of his death. His first yacht, Octopus, was sold last year after being listed on the market for $278 million. It can now be chartered for about $2.2 million per week.

The second yacht can accommodate up to 19 guests in 11 cabins, the report says. It was built by the German shipyard Nobiskrug and is being listed by Fraser Yachts and Burgess. Among other features, it has bulletproof, triple-laminated glass windows, pool. dance floor and cinema.

Recall, we wrote just weeks ago that yacht owners were starting to complain about the rising cost of diesel. Now that prices have come down slightly, perhaps Allen’s estate will have some luck in unloading the vessel.

If Tatoosh’s price tag seems too much, recall that Allen’s yacht joins that of Three Arrows Capital’s Much Wow – also being listed now that the firm has entered bankruptcy – but just for a measly $50 million.