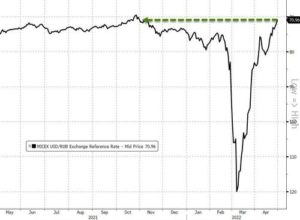 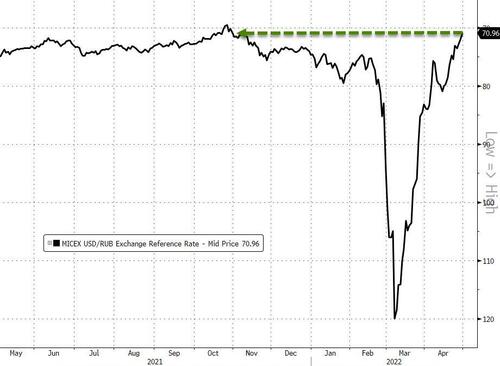 But now, Hungarian Prime Minister Viktor Orban’s chief of staff, Gergely Gulyas, appears to have spilled the beans on what is really going on among the Russia-dependent European nations.

Gulyas told public radio on Sunday that while multiple European leaders have publicly proclaimed they won’t comply with Putin’s demand that they buy Russian gas in rubles, 10 EU countries are technically going along with Putin’s plan. 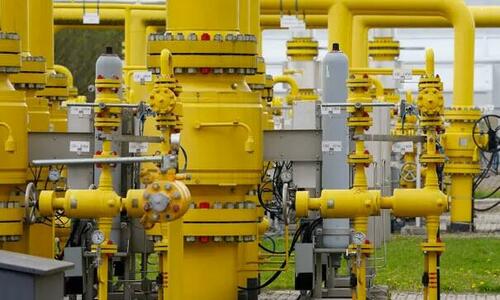 It is unclear which EU countries Guylas was referring to. Russian energy giant Gazprom has already shut off supplies to Poland and Bulgaria after both refused to pay in rubles, but a Bloomberg report last week stated, as Gulyas did, that 10 of the bloc’s member states have already set up accounts with Gazprombank, and four have actually paid for Russian gas using this mechanism.

On Thursday, EU officials confirmed that any company agreeing to open a rouble account in Russia and pay for gas that way would be in breach of sanctions, but as The Guardian detailed last week, there could be a loophole.

According to further guidance issued by the EU last week, the Kremlin’s decree does not stop gas importers asking Gazprom to agree the purchase is legally complete once the first payment, in euros or dollars, has been deposited at Gazprombank.

Any conversion into roubles would take place thereafter, meaning the buyer would not technically have breached sanctions. Another option, the guidance says, is for buyers to make a public declaration that they consider the purchase complete once their dollar or euro payment is made. The only obstacle to this, according to the guidance, is the need for “confirmation from the Russian side” that all of this complies with decree 172.

In other words, Gazprom – or effectively the Kremlin – has to be onboard. Gazprom and Gazprombank are not subject to EU sanctions, so buyers are permitted to negotiate such labyrinthine proposals without breaching sanctions.

Tactics like these appear to be what the likes of OMV and Uniper are examining. Uniper said it was looking into “concrete payment modalities” that would allow it to pay while complying with sanctions.

This apparent legal loophole significantly clouds the picture over the true nature of compliance with Putin’s demand. For instance, responding to reports that OMV was preparing to make rouble payments, the Austrian chancellor, Karl Nehammer, insisted this was not the case.

Gulyas said that Hungary has opened a euro account with Russia’s Gazprombank, which then converts payments into rubles before transferring them to suppliers in Russia. This system, as The Guardian explains, allows European buyers to comply with Putin’s demand, made in late March, that “unfriendly” countries switch to Russia’s national currency to buy its natural gas.

“There are nine other countries using the same payment scheme,” said Gulyas, adding that  “there should be no doubt in anyone’s mind that countries importing raw materials from Russia use exactly the same method to pay for Russian gas.”

So, as Gulyas confirmed, while numerous nations are exploiting this loophole to go along with Putin’s demands, these countries’ leaders will never it, in order to ensure they are seen as “being a good European.”

“…because today the idea of being a good European also means that the leaders of those countries are not honest when speaking either in the international arena or to their own people, the other nine countries won’t say that they are doing the same thing.”