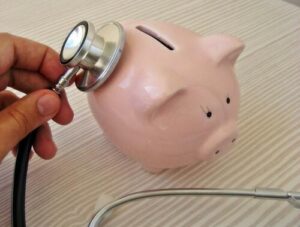 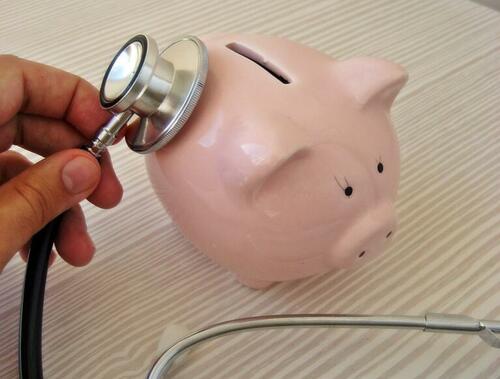 The Conference Board’s closely watched gauge of consumer sentiment released on August 30th  found that consumer expectations for the next 6 months were 75.1. While the data showed month-over-month improvement, the index remained well below 80, suggesting as the Conference Board wrote last week that “a recession risk persists.”

Rising inflation has been at the heart of declining consumer expectations. Over the course of election-year 2022, it also has been a tactical focus for both political parties ranging from the Democratic push to pass the Inflation Reduction Act earlier this month to a flood of Republican advertisements in key swing districts blaming President Biden and Congressional leaders for fueling inflation.

If this political posturing is unsurprising, a surprising election-year consensus in both parties is: health care is only a modest concern for voters this fall. Nothing arguably tells that story more than the most recent CBS News survey. The nonpartisan poll conducted July 27-29 did not even ask voters about health care as a top issue. It was missing from the “most important issue facing the country” list altogether. But alas, as Carville admonished, “Don’t Forget Health Care.”

Declining health care affordability will be a defining political issue this decade. It is hiding in plain sight —and very few in Washington are positioning to solve it.

When asked specifically about health care costs, the saliency of the issue jumps from the page. A Pew Research Center survey in April found 55% believe “affordability of health care” is a very big problem – receiving a higher share than all other issues tested except for inflation. A Public Opinion Strategies (POS) survey in March found 52% believe “health insurance costs and coverage” is “extremely important” to determining which candidate to support this November.

Beyond the Beltway, health care cost concerns have driven voters to act. Since 2017, six Republican states have expanded Medicaid through ballot initiatives. South Dakota is set to vote on expansion in November. Moreover, voter concerns on health care also have spurred legislative action. In 2019, Virginia legislators voted to approve Medicaid expansion; and efforts to expand coverage are afoot in North Carolina, with the state Senate voting overwhelmingly 44-2 in June in favor of expansion.

The political opportunity for the party that effectively tackles the cost curve is a generational one. Leadership success is grounded in a single question that must be asked about every potential statute or regulatory rulemaking: does this change hold the promise to decrease costs for individuals and families? If you are on the right side of that question, you are working on solving the number one health care concern for voters.

Importantly, as we look beyond the off-year election cycle, there is sound reason to believe health care costs will move materially higher. Health care pricing is typically a laggard. Government programs like Medicare are set on an annual basis. Commercial rates are tied to a plan or calendar year. As a result, increased costs elsewhere in the economy around things like labor costs and supplies have not yet been reflected in the health care pricing structure. As former Clinton Treasury Secretary Larry Summers wrote last month, “large nursing shortages, COVID burdens, deferred elective procedures and financial problems for hospitals” should set an expectation that medical inflation will accelerate going forward.

Rising medical inflation will further challenge families already struggling with the cost of care. A Kaiser Family Foundation survey from March found 43% of Americans live in a household where someone has postponed receiving medical care over the past year due to cost. Two-thirds of Americans express concern that an illness or medical emergency in their family would force them into bankruptcy. The latter number alone represents more than 130 million voters. And yet, just 6% of voters across the country express confidence their member of Congress will take action to lower the cost of health care over the next 12 months.

During the Clinton-era debate on health care reform, James Carville said, “I like being on the side of the health care consumer.” The individual is the decision-maker on issues of health and care, accelerated by the experience of Covid-19. Health care affordability is their great challenge. Neither Republicans nor Democrats can afford to forget that as they navigate the fall campaign.