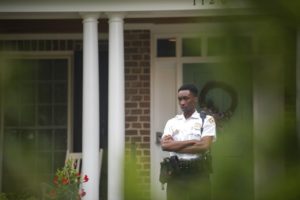 Virginia Gov. Glenn Youngkin (R) asked the Fairfax County board of supervisors to order the local police department to establish an “expanded security perimeter” around the homes of three U.S. Supreme Court Justices who call the county home in a letter obtained by Breitbart News shows.

“I am writing to respectfully request that the Fairfax County Police Department establish an expanded security perimeter around the homes of the three current Supreme Court Justices who reside in Fairfax County,” Youngkin wrote in part in the Wednesday letter to board members and chairman Jeff McKay.

The Fairfax County board of supervisors controls the Fairfax County Police Department. Youngkin, as Breitbart News has already reported, has ordered the Virginia State Police — who report to him as governor — to monitor and assist in any way possible, something he reiterates in this letter.

The letter continues by noting that Youngkin and the state police have obtained credible intelligence of serious threats to the safety and lives of the three Justices, Samuel Alito, Amy Coney Barrett, and Clarence Thomas. 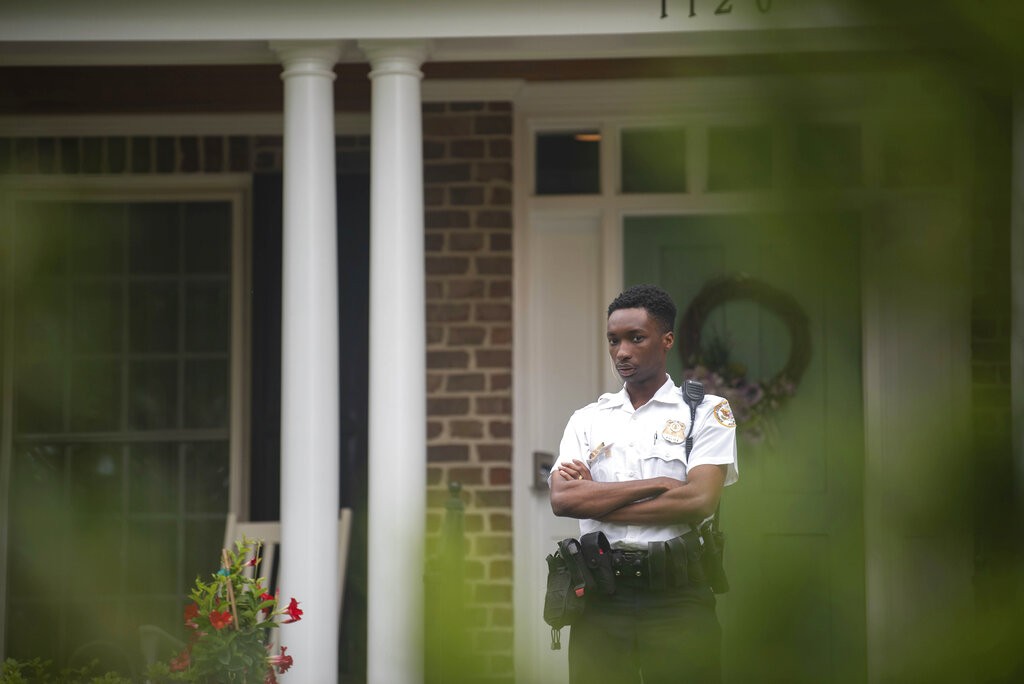 A U.S. Supreme Court police officer stands outside the home of Justice Samuel Alito on Thursday, May 5, 2022, in Alexandria, Virginia (AP Photo/Kevin Wolf)

“This request is based on credible and specific information received about upcoming activities planned at or involving the homes of the Justices in Fairfax County,” Youngkin wrote to the board members. “We believe for the safety of the Justices and their families, their neighbors, and the law enforcement heroes dedicated to preserving peace and order in our communities, that an expanded security perimeter should be established. Establishing a perimeter will ensure both the safety of the Justices, their neighbors and the demonstrators.”

Youngkin next notes that Virginia State Police, at his order, are ready to assist local law enforcement in this directive. “The Virginia State Police have offered and stand ready to provide their assistance to Fairfax County Police,” Youngkin wrote. “We are prepared to provide the manpower and resources necessary to ensure a safe perimeter, which should include limiting unauthorized vehicle and pedestrian access, and be established prior to planned events on Wednesday, May 11, 2022.” 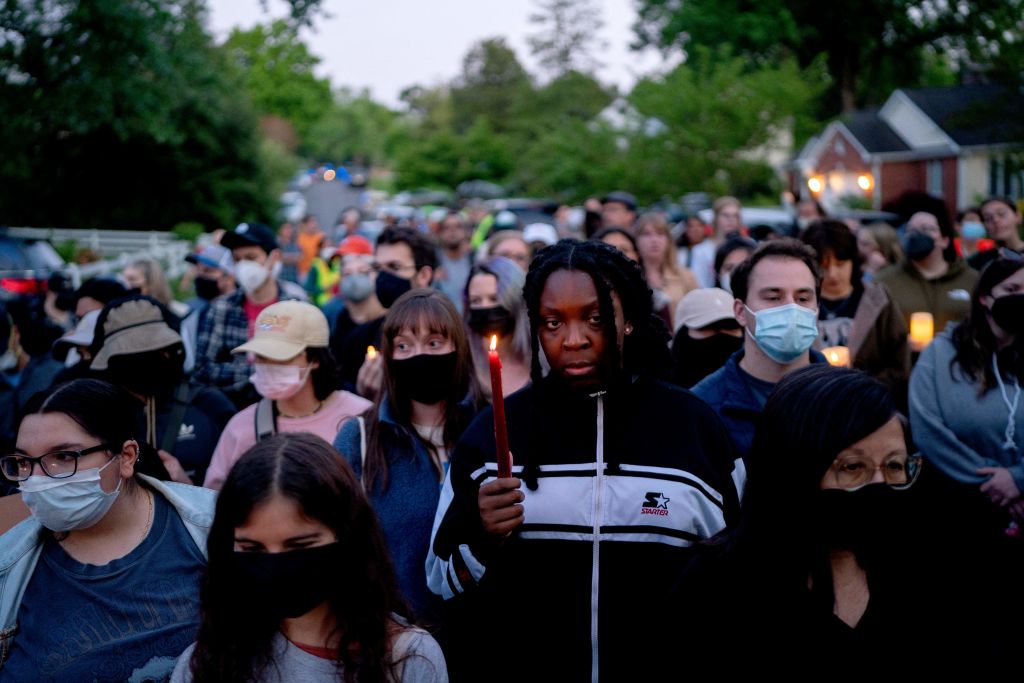 Pro-abortion demonstrators gather outside the house of U.S. Supreme Court Justice Samuel Alito in Alexandria, Virginia, on May 9, 2022. (Stefani Reynolds/AFP via Getty Images)

Youngkin also makes clear that the local law enforcement — which reports to this board — are the first line of defense here.

“As you know, the initial law enforcement response lies at the local level, and the Virginia State Police’s involvement will only occur at the request of the local police,” Youngkin wrote. “In addition to my clear safety concerns, I fundamentally believe such demonstrations and picketing should not be allowed at the Justices’ homes as they are meant to intimidate and influence the Justices, not to mention, scaring their families and small children. Our Secretary of Public Safety and Homeland Security Robert Moiser and the Virginia State Police are prepared to assist and support Fairfax County in this coordinated effort to protect the peace and safety of the Justices, their families, and the neighborhoods in which they live.” 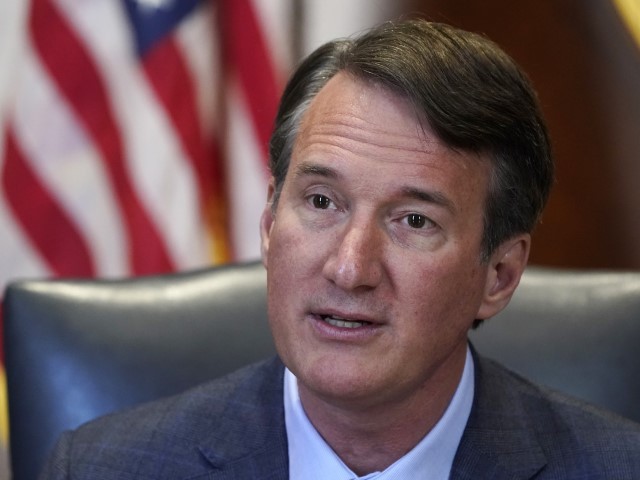