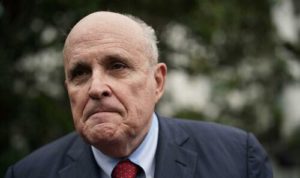 Rudy Giuliani, former President Donald Trump’s personal lawyer, was told on Monday that he’s a target of a “wide-ranging criminal investigation into election interference in Georgia,” according to the New York Times, which notes that the notification came on the same day that a federal judge rejected attempts by Sen. Lindsey Graham (R-SC) won’t be able to duck giving testimony before the Atlanta special grand jury hearing evidence in the case. 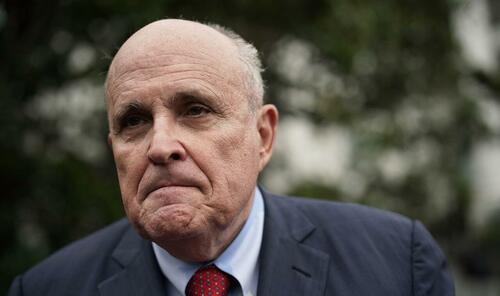 Giuliani, the former Mayor of New York City, was instrumental in attempts to keep Trump in power following the 2020 election – and has emerged in recent weeks as a central figure in the inquiry, which is being conducted by Fulton County District Attorney, Fani T. Willis.

One of Giuliani’s lawyers, Robert Costello, told the Times that he was notified his client was a target – suggesting that prosecutors believe an indictment is at least possible (though not guaranteed) based on evidence they’ve seen up to that point.

For Mr. Giuliani, the former mayor of New York, the developments are the latest in a widening swath of trouble, though he got some good news recently when it emerged that he was unlikely to face charges in a federal criminal inquiry into his ties to Ukraine during the 2020 presidential campaign. -NY Times

Giuliani is scheduled to make an appearance before the grand jury on Wednesday at a downtown Atlanta courthouse – during which he’s expected to invoke attorney-client privilege if asked questions about Trump.

“If these people think he’s going to talk about conversations between him and President Trump, they’re delusional,” said Costello.

Lindsey Graham, meanwhile, is now set to testify on Aug. 23, after a judge found there was a “special need for Mr. Graham’s testimony on issues relating to alleged attempts to influence or disrupt the lawful administration of Georgia’s 2022 elections.”

According to lawyers for Graham, he’s a ‘witness’ – as opposed to Giuliani, who’s a ‘target.’

Graham reportedly placed two calls just after the 2020 election to Georgia Secretary of State, Brad Raffensperger, during which the Senator reportedly inquired about ways to help Trump by invalidating specific categories of mail-in ballots suspected of being fraudulent.

Curious timing – right after the raid on Mar-a-Lago, and leading up to midterms.