The popular Florida governor has long maintained his lead against Crist throughout the campaign. Friday’s RealClearPolitics (RCP) average of polls showed DeSantis leading the Democrat by double digits, to 11.8 percent. Tuesday’s average stood at 12.2 percent.

The results follow several key moments on the campaign trail over the past several months, which kicked off with DeSantis warning Floridians to “put on the full armor of God as we will fight tooth and nail to protect Florida from the destructive agenda of Joe Biden and his number one ally in Florida, Charlie Crist.”

The DeSantis campaign focused primarily on the freedoms Floridians have enjoyed under DeSantis’s strong leadership — from fighting against woke indoctrination infiltrating schools to combating coercive coronavirus mandates. Then, roughly a month ahead of the election, Florida was battered by an intense hurricane, switching the governor’s focus to recovery efforts.

Democrats salivated at the time over the prospect of the Republican botching the disaster response, but that was anything but the case. With tens of thousands of linemen stationed and engineers flown into the state, Florida was well on its way to rapid recovery within days, with the state even restoring access to islands way ahead of schedule. 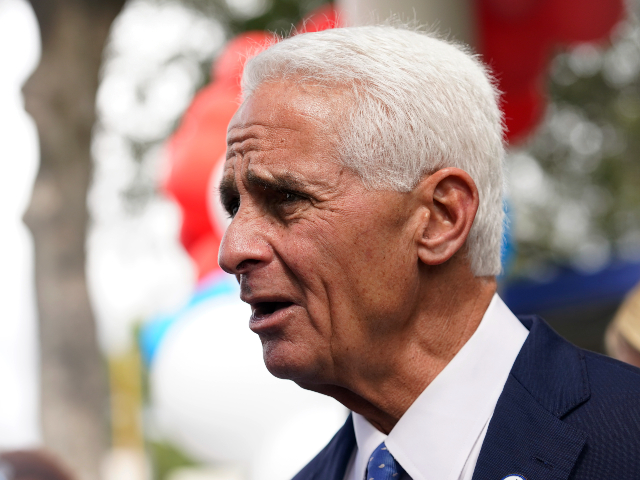 Crist, who stated that hurricane response must include addressing climate change, was mocked after his campaign asserted that DeSantis “utterly failed to respond” to Hurricane Ian.

Days ahead of the election, a video went viral, showing Crist earlier this year stating that he would be open to mask mandates in the Sunshine State if so-called experts advised it. This, to many, was the final nail in the coffin.

President Joe Biden tried to come to Crist’s rescue last week, and Crist returned the favor by gushing over the 79-year-old Democrat, referring to him as both “ageless” and “timeless.”

It appears, given the election results, that Floridians heeded DeSantis’s warning as he emphasized that freedom is very fragile and cannot be taken for granted.