Fauci: ‘I Doubt’ the Federal Government Will Mandate ‘Vaccine Passports’ 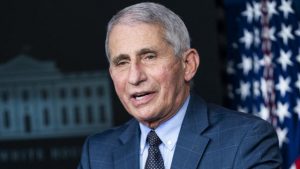 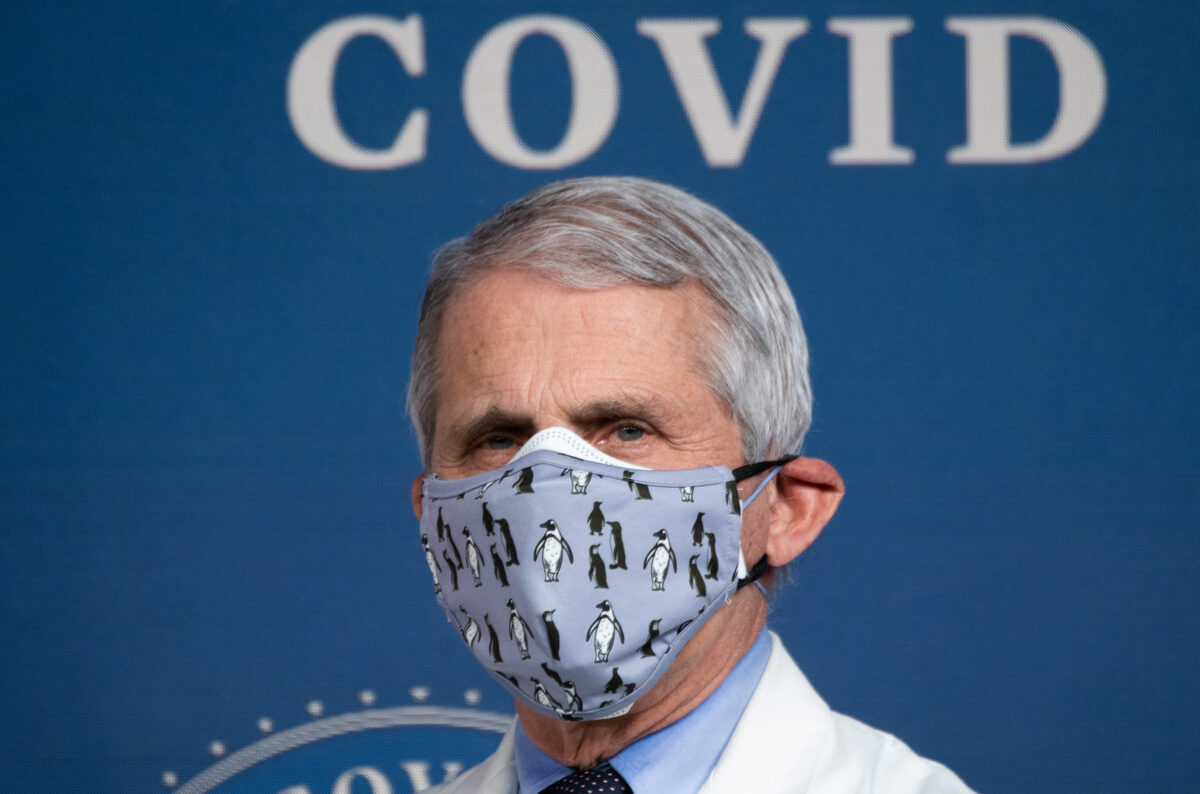 Dr. Anthony Fauci, the head of the U.S. National Institute of Allergy and Infectious Diseases (NIAID), said that the federal government won’t mandate the usage of vaccine passports—coming after White House officials said the Biden administration is working with private firms to potentially give advice on such a system.

So-called vaccine passports for COVID-19, the disease caused by the CCP (Chinese Communist Party) virus, have become the latest flashpoint in what civil liberties groups say would be significant overreach and a violation of Americans’ privacy.

Fauci told Politico on Monday that “I doubt that the federal government will be the main mover of a vaccine passport concept.”

“They may be involved in making sure things are done fairly and equitably,” he added, “but I doubt if the federal government is gonna be the leading element of that.” Fauci, however, said that he expects certain businesses and maybe schools will require them.

“I’m not saying that they should or that they would, but I’m saying you could foresee how an independent entity might say, ‘Well, we can’t be dealing with you unless we know you’re vaccinated,’” he continued. “But it’s not going to be mandated from the federal government.”

A report from the Washington Post last month suggested the White House was considering working on a system to support the passports—or documents showing if one has been immunized or has tested negative for the virus. Some countries like Israel and Iceland have mandated them for certain activities, while German officials announced they are planning to allow certain individuals who are vaccinated against the CCP virus certain privileges over those who are not.

“There is currently an interagency process that is looking at many of the questions around vaccine verification, and that issue will touch many agencies, as verification is an issue that will potentially touch many areas of society. That’s guidance we’ll provide,” she told reporters in late March. “A determination or development of vaccine passport or whatever you want to call it will be driven by the private sector. Ours will more be focused on guidelines that can be used as a basis and there are a couple of key principles that we are working from.”

Some governors have already started to push back, including Florida Gov. Ron DeSantis, a Republican, who last week signed an executive order to prevent businesses and government institutions from using them. He called on the state legislature to pass a law doing the same.

And last week, the American Civil Liberties Union (ACLU) waved a red flag over the usage of such a system, saying it could potentially imperil Americans’ privacy, saying that particularly low-income individuals who don’t have access to a smartphone would suffer the most.

“We don’t oppose in principle the idea of a requiring proof of vaccination in certain contexts. But given the enormous difficulty of creating a digital passport system, and the compromises and failures that are likely to happen along the way, we are wary about the side effects and long-term consequences it could have. We will be closely watching developments in this area,” the ACLU wrote.

Republican strategists told The Hill that they will highlight certain Democrats pushing for vaccine passports as a talking point to win back the House or Senate during the 2022 midterms.