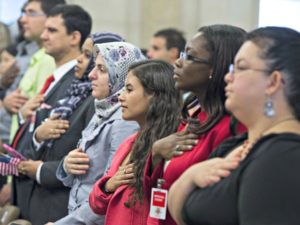 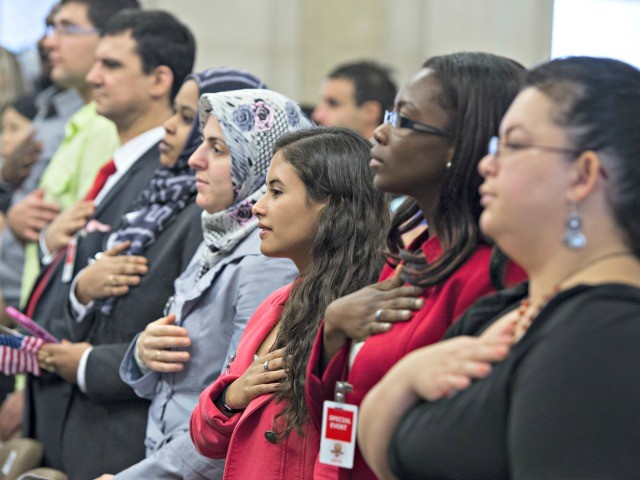 The Fargo, North Dakota, school board has voted to cancel saying the Pledge of Allegiance, ruling it does not align with their diversity code.

The 7-2 vote came in recission to a previous motion to begin their meetings with the Pledge.

In the initial passing of the motion to recite the Pledge, school board members were reportedly grappling with “concerns over divisiveness” which caused “lengthy debate.”

Board member Seth Holden said the Pledge is not in line with the district’s diversity, equity, and inclusion scheme because the Pledge says the words “under God.”

“Given that the word ‘God’ in the text of the Pledge of Allegiance is capitalized,” the member said. “The text is clearly referring to the Judeo-Christian god and therefore, it does not include any other face such as Islam, Hinduism, Buddhism, all of which are practiced by our staff and students at FPS.”

Because Holden believes Atheists and Agnostics are not accounted for in the Pledge, he calls the recitation a “non-inclusionary act.”

At the time of passing the initial motion to recite the Pledge, Holden said, “not every single person in this country has liberty and justice.”

“We live in a diverse community and that is what matters,” another board member, Nyamal Dei, who is an immigrant and believes the fact that Americans come from “all walks of life” is “most important,” according to Inforum.

Former school board member David Paulson, who originally proposed reciting the Pledge of Allegiance at the beginning of meetings, came to speak before the school board to ask them to keep the tradition.

“We are misinterpreting the Pledge of Allegiance,” Paulson said. “The pledge isn’t a show of our patriotism, it’s an affirmation of our commitment and our loyalty to the greater cause, and that greater cause is freedom.”

School Board President Tracie Newman thinks the Pledge is a “divisive issue” but has “no strong feelings either way.”

“I’m just not sure that reciting the Pledge of Allegiance is a useful way to begin every one of our board meetings,” she said.

Newman said she “would much prefer that we open our meetings with a shared statement of purpose that would bring us all together to do the work of the board.”

“Rather than starting our meeting on opposing sides of an issue, I’d rather us start by saying something unifying,” Newman said.