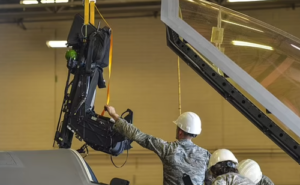 The US Air Force grounded its fleet of fifth-generation F-35 Joint Strike Fighter jets due to new concerns over ejection seat safety just days after the Navy grounded planes for the same reason.

Air Combat Command (ACC) spokeswoman Alexi Worley confirmed to Breaking Defense that ACC-controlled F-35s are in temporary stand-down while explosive cartridges used inside ejection seats to help propel the pilot from the plane in emergencies are inspected.

“ACC’s F-35s do have Martin-Baker ejection seats, and on July 19, began a Time Compliance Technical Directive to inspect all of the cartridges on the ejection seat within 90 days.

“Out of an abundance of caution, ACC units will execute a stand-down on July 29 to expedite the inspection process. Based on data gathered from those inspections, ACC will make a determination to resume operations,” Worley said.

ACC controls the majority of the USAF F-35s. These stealth jets are deployed in other major commands, including United States Air Forces in Europe, Pacific Air Forces, and Air Education and Training Command. The number of affected F-35s was not immediately known.

“Since CADs [cartridge accentuated devices] are used in the ejection process, a faulty CAD may not allow all the functions necessary to take place that would allow a complete and safe ejection.

“While the aircraft are flyable, I don’t think too many pilots would be willing to fly knowing they may not be able [to] eject,” Michael Cisek, a senior associate at the aviation consulting firm AeroDynamic Advisory, told Breaking Defense. 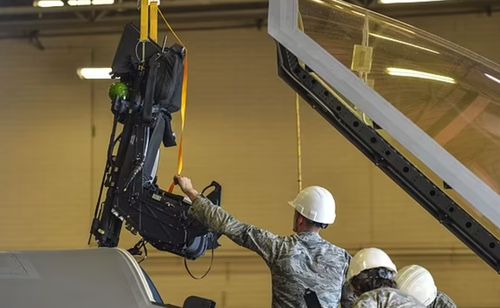 On Thursday, the Air Force revealed that 300 training aircraft were temporarily grounded because of ejection seat safety fears. Other services, including the Navy and Marines Corps, have also halted flights of some fixed-wing aircraft.