Exclusive — Trump At Georgia Rally: A Vote For ‘RINO Brian Kemp’ Is A ‘Vote For Stacey Abrams’ • JoshWho News

Exclusive — Trump at Georgia Rally: A Vote for ‘RINO Brian Kemp’ Is a ‘Vote for Stacey Abrams’ 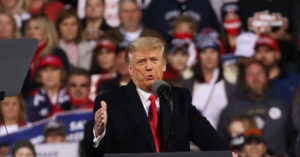 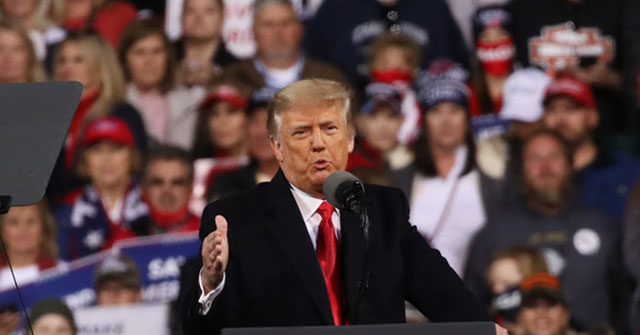 Former President Donald Trump will warn Georgians Saturday night that he believes Gov. Brian Kemp (R) is unable to defeat Democrat gubernatorial candidate Stacey Abrams in a general election, according to Trump’s prepared remarks provided in advance of his rally to Breitbart News.

Trump is speaking sometime after 7:00 p.m. at a campaign rally in Commerce, Georgia, which is located in a solid red northeast region of the state.

Trump, according to his remarks, will reiterate his disapproval of Kemp, who he routinely describes as a “RINO” largely because of Georgia’s 2020 election process.

“Right here in your state, we are going to throw out your spineless RINO Governor Brian Kemp, and we are going to replace him with a fearless America First patriot in David Perdue,” Trump plans to say.

Trump has endorsed former Sen. David Perdue (R-GA) in the Republican gubernatorial primary and recently held an expensive fundraiser for Perdue in Mar-a-Lago. Following the fundraiser, Trump released a list of his grievances with Kemp — all related to the 2020 election — and charged that voting for Kemp would mean Republicans would lose in the battleground state’s general election.

The former president, in no uncertain terms, will reiterate that sentiment Saturday night.

Describing Abrams, a well-funded voting rights activist, as a “racist lunatic” Trump will assert, “If you don’t want a socialist, extremist, and racist lunatic like Stacey raising your taxes, indoctrinating your children, defunding your police, setting loose criminals, and wrecking your state, you must nominate David Perdue in the Republican Primary on May 24th!”

Trump also plans to lambaste the Biden administration over its energy policies amid nationwide record-high gas prices, as well as tout the tough-on-China posture he took during his tenure as president.

“I charged China hundreds of millions of dollars and now Biden just announced that they’re going to take some of the tariffs off China because of inflation,” Trump plans to say.

U.S. Supreme Court nominee Ketanji Brown Jackson was asked by Sen. Marsha Blackburn (R-TN) this week to define “woman” during Jackson’s confirmation hearings, and in a now-viral moment, Jackson said she was unable to because she is “not a biologist.”

Trump will blast Jackson for her refusal to define woman, saying, “The left has become so extreme that we now have a justice being nominated to the Supreme Court who testified under oath that she cannot say what a woman is. If she can’t even say what a WOMAN is, how on earth can she be trusted to say what the CONSTITUTION is?”

“A party that is unwilling to admit that men and women are biologically different, in defiance of all scientific and human history, is a party that should not be anywhere near the levers of power in the United States of America,” Trump will add.

Trump also plans to revisit Hunter Biden’s “laptop from hell” bombshell that surfaced in October 2020, just ahead of the presidential election. Most mainstream media dismissed the news of the laptop at the time, but recently the New York Times, well over a year after the fact, reported that it had “authenticated” findings on the laptop.

The former president will say, “Just last week, the New York Times FINALLY admitted that Hunter Biden’s laptop is real—which really means that Joe Biden’s CORRUPTION is real. Joe Biden should recuse himself from anything having to do with Ukraine because they’ve gotten so much money from Ukraine.” 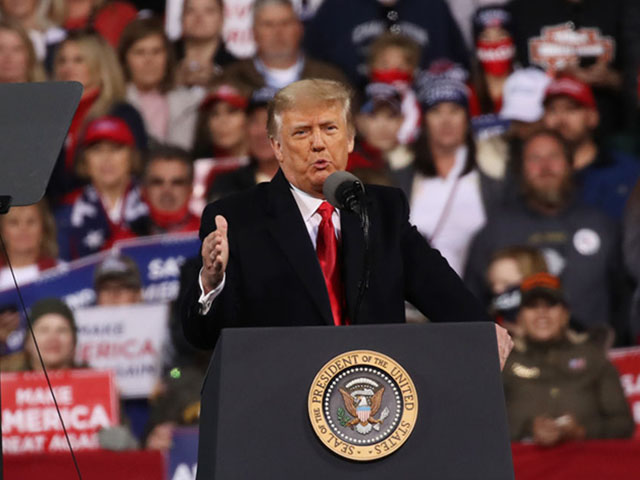