Exclusive — Pence: Will ‘Give Prayerful Consideration’ to Possible 2024 Presidential Campaign 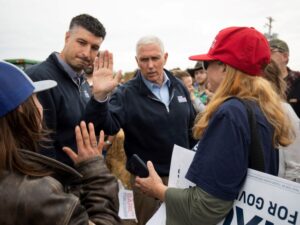 Former Vice President Mike Pence told Breitbart News that GOP candidates focused on the future and solving the problems voters face today “did quite well” in the midterm election. He also said he and his family will give “prayerful consideration” over the holidays to whether he intends to run for president in 2024.

Pence, who is promoting his new book So Help Me God, started by congratulating Republicans on retaking the majority in the U.S. House of Representatives.

“A win is a win. I was in Congress the last time that we defeated a Democrat majority led by Speaker Nancy Pelosi and the day that Pelosi hands the gavel to Speaker Kevin McCarthy is going to be a great day for America and an opportunity for us to start our way back to the policies that the Trump-Pence administration proved make our country secure and prosperous and ensures the vitality of our liberties,” Pence said. “I welcome that, and I celebrate the election of a Republican majority in the House of Representatives without qualification.”

However, despite the victory in the lower chamber of Congress, Republicans underwhelmed in House races and failed to retake the U.S. Senate and missed opportunities in a number of governor races nationwide. Asked to explain what happened, Pence said he thinks the candidates who did well were ones focused on the future and on solving problems voters face. 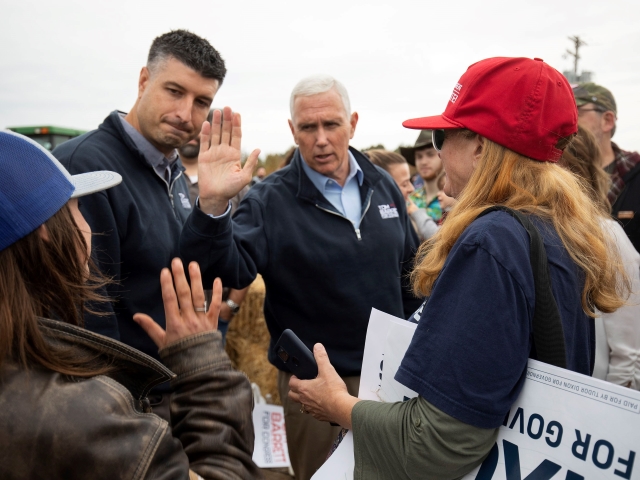 “That said, like most Republicans, I was hoping for more,” Pence said. “I traveled to 35 states over the last year and a half campaigning for as many House members as I did candidates for governor and for Senate. I was hoping to see more. But I do think there is an underlying message at a time when so many Americans are hurting with record inflation, gas prices through the roof, a crisis at the southern border, and a crime wave in our cities. I look around the election results and the candidates for House, Senate, and governor that were focused on the challenges the American people are facing today and solutions for the future did quite well. But, it appears as though candidates who were focused on the past did not do quite as well. I remember being in, the night before the primary, in Georgia that in some respects was contested along these fault lines itself when I was campaigning for Gov. Brian Kemp and I said then that the Republican Party must be the party of the future. Gov. Kemp would go on to win overwhelmingly renomination and then he defeated the most formidable candidate in the country and won a strong reelection as the governor of Georgia. I really think the takeaway for Republicans, especially those in the new Republican majority, is we need to be focused on what people are dealing with today and the hardships they’re facing today and we need to bring our country back to the prosperity and security we experienced under the Trump-Pence administration.” 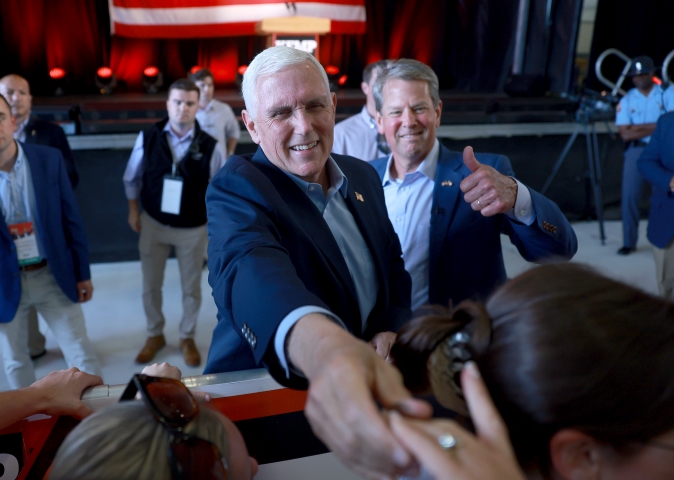 Pence made clear during the interview he thinks there will be “better choices” than his former running mate former President Donald Trump in the 2024 presidential primary, even though he did speak highly of Trump and the policies he and Trump championed during their administration. Trump announced last week he is running again in 2024 for president—an announcement that came a few days before this interview with Pence.

As for his own future, Pence did say he is considering a run for the White House himself—but regardless of what he decides, he will be fighting for the policies and values of the conservative movement he has spent his life in.

“In terms of our role, I can tell you we are going to give prayerful consideration to what role we might play in the months and years ahead as we gather over the Christmas holidays but whether I’m a candidate for president or whether I’m championing another candidate I promise you I’ll never stop fighting for the conservative policies and values that have defined my public life since the very start,” Pence said.

Asked if he would back Trump in a general election should he win the nomination — even though he thinks there will be “better options” in the primary this time — Pence did not rule out backing Trump but put his faith in GOP primary voters.