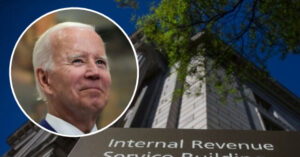 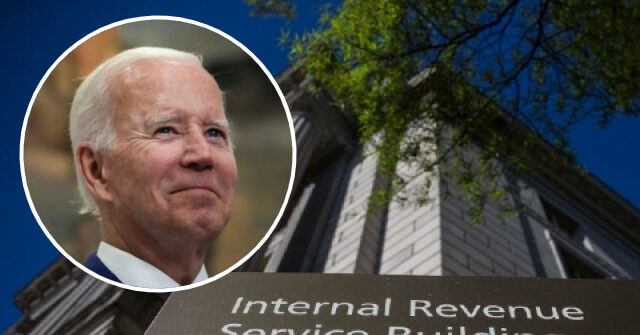 McCarthy’s promise to defund the IRS came as he and House Republicans traveled to Monongahela, Pennsylvania, to deliver their Republican agenda, the Commitment to America, at a metal sheeting working plant outside of Pittsburgh, Pennsylvania.

Should Republicans gain the House majority, they would weigh significant power over how Congress funds the government. This would serve as a strong signal to the Joe Biden administration that a House Republican majority wants to rein in the IRS’s harassment of working-class Americans.

The Inflation Reduction Act, the $700 billion climate change and healthcare bill Democrats passed under the guise of fighting inflation, would grant the IRS $80 billion to hire roughly 87,000 IRS agents.

While Democrats have insisted that the increased funding for the IRS would not result in the agency targeting ordinary Americans, nonpartisan agencies such as the Congressional Budget Office (CBO) say otherwise.

The CBO score said that the Inflation Reduction Act would result in the IRS taking at least $20 billion from working-class Americans earning less than $400,00 per year, thus reducing their take-home pay while Americans grapple with historic levels of inflation.

As detailed by Breitbart News, the Inflation Reduction Act has no language barring the agency from targeting the middle class. This led Treasury Secretary Janet Yellen to beg the agency not to use the additional tens of billions of dollars to squeeze Americans making less than $400,000.

Further, Senate Democrats shot down an amendment proposed by Sen. Mike Crapo (R-ID) that would have banned the IRS from auditing middle-class Americans.

This would appear to break Biden’s promise not to raise taxes on Americans making less than $400,000 per year.