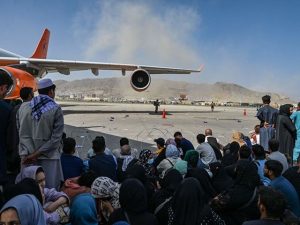 An Illinois Republican with ties to Afghanistan said that she aided in the August U.S. evacuation efforts after Taliban forces took over the country and that she knows people who are still stuck there.

Esther Joy King, who was recently promoted to captain in the U.S. Army Reserve Judge Advocate General (JAG) Corps, told Breitbart News on Wednesday that from her military background and from being a former aid worker in Afghanistan, she has a “very personal connection” to the country and found President Joe Biden’s withdrawal process to be a “tragic situation.”

“I know people that are even still in Kabul,” King said after the Taliban’s fast-paced surge in August prompted Biden to lead a rushed mission to evacuate American citizens and Afghan allies from the country.

The hasty withdrawal lasted roughly two weeks, and, amid the chaos, a bombing outside of the Kabul airport — where the evacuation mission was confined to — killed 13 U.S. servicemembers and more than 100 Afghans.

Days later, just before the conclusion of the withdrawal, the Department of Defense carried out a drone strike in an effort to thwart what it perceived to be an imminent ISIS-K attack. The drone strike instead killed ten innocent Afghans, including “up to” seven children, according to the agency. “The strike was a tragic mistake,” the head of U.S. Central Command, Gen. Kenneth McKenzie, said.

During the disastrous withdrawal process, a scramble ensued to evacuate people terrified of remaining inside the Afghanistan borders under the rule of the Taliban, a radical, repressive group known for its history of human rights violations, particularly against women and gay individuals. 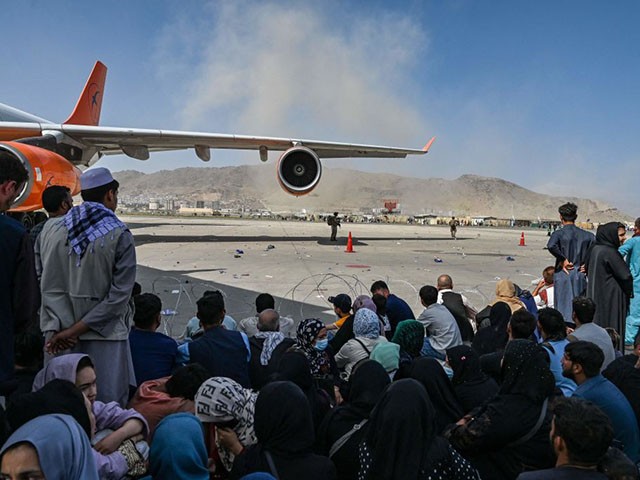 Afghan people sit as they wait to leave the Kabul airport on August 16, 2021, after a stunningly swift end to Afghanistan’s 20-year war, as thousands of people mobbed the city’s airport trying to flee the group’s feared hardline brand of Islamist rule. (WAKIL KOHSAR/AFP via Getty Images)

“I started working my military networks. I started calling everybody I know. ‘Hey, do you know anyone at the Kabul airport. Do you know anyone? Do you know anyone?’” said King, who was one of many with connections to Afghanistan who sought to skirt the bureaucracy and red tape of the State Department, which was self-admittedly ill-equipped to handle the scenario.

King’s first job out of college was to work to aid women in Afghanistan, but her parents, who were doing Christian missionary work at that same time, moved to Afghanistan to be with King and opened a school there as well.

During the withdrawal, King said she “was part of the Wild Wild West civilian effort” and that she “got 51 young girls from [her] parents’ high school out of Kabul.” She added that she had a “front row seat to the horrors” that took place in Afghanistan, like “young 15-year-old girls being beat up by the Taliban because our State Department outsourced visa checks to Taliban hooligans right in front of the airport.”

King is now running for Congress in Illinois’ 17th District to replace retiring Rep. Cheri Bustos (D-IL). King first ran for Congress last year and narrowly lost to incumbent Bustos by four points, but she said she is now more “fired up” after the August fiasco.

King said, “It was a botched effort that to me is the line in the sand between just a downhill effort and falling off a cliff for the Biden administration, and I was fired up running for Congress previously, but now I am full speed ahead. I’ve got fire in my belly because we’ve got to have accountability here in Washington, DC.”

King’s comments came during an interview at the end of an event hosted by Rep. Elise Stefanik (R-NY) at the Republican National Committee headquarters on Wednesday. Stefanik held the event to introduce King and seven other congressional candidates whom Stefanik’s organization, E-PAC, has endorsed in their races next year.

These #GOPWomen are fired up & ready to build on the historic success of 2020 & #FirePelosi once and for all! 💁🏻‍♀️🇺🇸💁🏻‍♀️🇺🇸 pic.twitter.com/FFLAhWkUJP 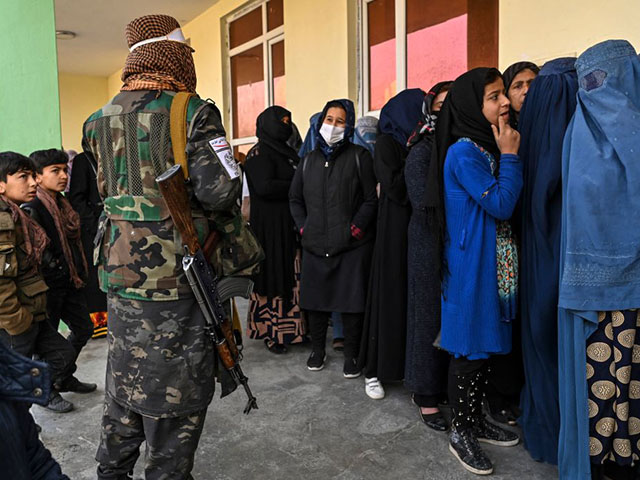