EU Will Be 'Vigilant' Towards Any Threat To Abortion After Italy Election, French PM Threatens • JoshWho News

EU will be ‘Vigilant’ Towards Any Threat to Abortion After Italy Election, French PM Threatens 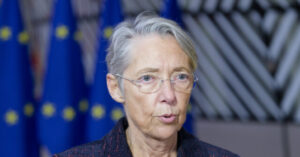 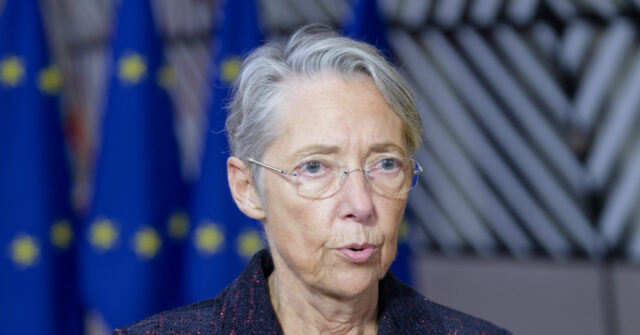 France’s Prime Minister has threatened that the EU will be “vigilant” towards any threat to its pro-abortion regime after Italy’s historic general election.

The European Union will be “vigilant” of any threats to “human rights”, especially in regards to its pro-abortion regime, after the Italian public decided to hand the country’s right-wing a sizable victory during the country’s general election on Sunday.

While the exact results of the snap election remain unknown, it is expected from exit polls that a coalition of three conservative and nationalist parties will end up spearheading a new Italian government, with Fratelli D’Italia (Brothers of Italy) head Giorgia Meloni expected to become the country’s first woman Prime Minister.

European bigwigs have responded with hostility to the projected election result, with Commission President Ursula von der Leyen threatening that the bloc has certain “tools” it could use to attack Italy should it deviate from the Brussels agenda.

Such threats have now been echoed by France’s Prime Minister, Elisabeth Borne, who told broadcaster BFMTV that the EU would be watching closely to see if any “human rights” were being put under threat following Sunday’s vote.

Though saying that she would not comment on “the democratic choice of the Italian people”, she emphasised that in the area of abortion, in particular, the powers that be in Europe would be extremely “vigilant”.

“In Europe, we have a set of values ​​and, of course, we will be mindful that these values ​​are respected by everyone when it comes to human rights and the right to abortion,” the French bigwig is reported as saying.

Meloni, while a Catholic, has promised that she would not crack down on abortion in the country, though has reportedly expressed the desire to see alternatives offered to women wherever possible.

Borne’s comments echo those made by Ursula von der Leyen, who threatened last week that Brussels could crack down on any right-wing government in Italy should it feels its actions run contrary to the agenda of her transnational bloc.

“My approach is that whatever democratic government is willing to work with us, we’re working together,” von der Leyen said.

“If things go in a difficult direction, I’ve spoken about Hungary and Poland, we have tools,” she went on to threaten.

Von der Leyen’s evocation of Hungary and Poland appears to be in reference to the legal measures Brussels has been taking against both countries, with the bloc making attempts to pull funding from both nations after their governments took actions perceived as being against the EU’s values.

The threat was slammed by Lega (The League) head Matteo Salvini — whose party is expected to be a coalition partner in the Meloni government — with the politician saying that the EU leader should stick to worrying about energy bills.

“These are disgusting words, the threatening tone is unacceptable,” he said.

“Our parliamentary group will present a motion of censure,” he continued, emphasising that it was up to the Italian public to vote, and not “the Brussels bureaucrats”.