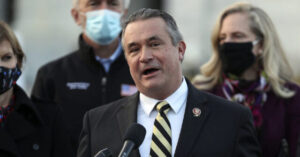 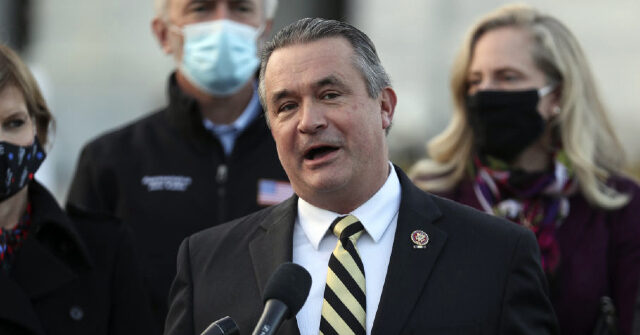 While the Republican Party will vote on a nominee for House Speaker on Tuesday for the projected GOP-led Congress next year, some establishment Republicans are considering working with House Democrats to select a Speaker.

GOP Leader Kevin McCarthy (R-CA), the favored candidate to win the party’s nomination for Speaker, will face a challenge from at least one of his colleagues during Tuesday’s vote.

Rep. Andy Biggs (R-AZ) confirmed on Monday night he would run against McCarthy for the speakership.

“We have a new paradigm here, and I think the country wants a different direction from the House of Representatives. And it’s a new world, and, yes, I’m going to be nominated tomorrow to — to the position of Speaker of the House,” Biggs told Newsmax.

Andy Biggs confirms on Newsmax that he is challenging Kevin McCarthy pic.twitter.com/Ak9ffJrb8Y

Tuesday’s Republican Party vote for Speaker nominee will be a secret-ballot election where McCarthy will need a majority of House Republicans votes to secure his party’s nomination.

However, not all House Republicans are on board with McCarthy as Speaker, and some have flirted with the idea of working with Democrats to get a more moderate Republican as Speaker.

Although the GOP has not officially clinched the majority, they are expected to regain the majority by a slim 219-216 margin, meaning only a handful of Republicans could railroad McCarthy’s Speaker candidacy, as he would need at least 218 votes to secure the position.

For example, Republican Rep. Don Bacon (R-NB) told NBC News on Monday he would be willing to work with Democrats to select a Speaker if the Republican Party does not rally behind one candidate during Tuesday’s vote.

“I will support Kevin McCarthy, but if we do get to that point, I do want the country to work and we need to govern. We can’t sit neutral; we can’t have total gridlock for two years,” Bacon told NBC.

However, he did not rule out working with the Democrats to select a Speaker.

“Yes, but that’s assuming we can’t get to 218 beforehand,” Bacon said when asked about the possibility of teaming up with Democrats when House members vote for Speaker on the first day of the new Congress in January.

However, Republicans like Rep. Marjorie Taylor Greene (GA) warned her colleagues against opposing McCarthy’s bid, arguing it a “risky” and “bad strategy” that could give House Democrats too much influence in the process, which may result in outgoing Rep. Liz Cheney (R-WY) being elected as Speaker.

Bacon is not the only Republican who declined to rule out the possibility of working with the Democrats to elect a Speaker.

Rep. Bob Good (R-VA) left open that possibility, telling Newsmax on Monday that McCarthy has not addressed specific changes he wants to see brought to Congress that would empower rank-and-file members, including allowing amendments from the floor to advance with a majority of the majority and giving them more of a role in choosing who sits on the Steering Committee, which in turn decides which members end up on each committee.

Check out this RINO trash: in response to a direct question about who gets his vote for Speaker, @RepBobGood leaves the door open to the possibility of voting for a democrat. pic.twitter.com/ElMJlnrzJT

“We brought it to him in good faith a couple of months ago, we’ve asked to meet with him since that time to sit down and try to get, ‘well what is your proposal?’ and we’ve not gotten a response from the leader to that effect,” Good said.

Good added that “there’s a number” of GOP representatives who want to see a contested run for Speaker.

“After tomorrow. We’ll see how close he gets to the 218 that’s required,” Good said.

“This should be not a coronation. It should be a competition,” Good added.

Good also said he would vote for Biggs at Tuesday’s Republican Party vote for Speaker nomination.

McCarthy also faces challenges from other Republicans like Rep. Matt Gaetz (R-FL), who has floated the idea of Rep. Jim Jordan (R-OH) for Speaker.

Despite certain Republicans’ efforts, McCarthy will likely come out of Tuesday’s conference victorious, as he has support from key allies like Rep. Jordan, Rep. Jim Banks (R-IN), and even former President Donald Trump.